What a trip: Fake Fulfillment Center at Art Basel

My girlfriend and I were brunching at The Edition in typical Art Basel party animal Miami fashion, at 4 pm. Just as we were about to dig into our potatoes and tar tar, our server noticed my “Chill Pills” phone case lying on the table and asked us if we’d been to see the Fake Fulfillment Center exhibition at the Boulan in South Beach yet. Apparently everyone had been talking about it…

We decided that we had to go.

It was an unusually cold evening in Miami, and the wind was cutting through our garments like knives. As we made it to the Boulan, we encountered a girl wearing a chic lab coat in the entryway. I complimented her wondering where I might be able to find one myself… (Maybe on Amazon?) 😉

There was a small room with big windows and neon pink lights shining at the front of the hotel, which drew us like moths to the flame. “This must be the exhibit,” I thought.

We were offered some “meds” in the form of candy as soon as we walked in and were told that the Doctor would be right with us.

“Doc” breezed in and welcomed us, and he also turned out to be the artist himself, Shawn Kolodny. We were stoked to go on a private tour of the 5000-square-foot immersive art installation with Shawn and his assistant. But first, we must put on a lab coat!! 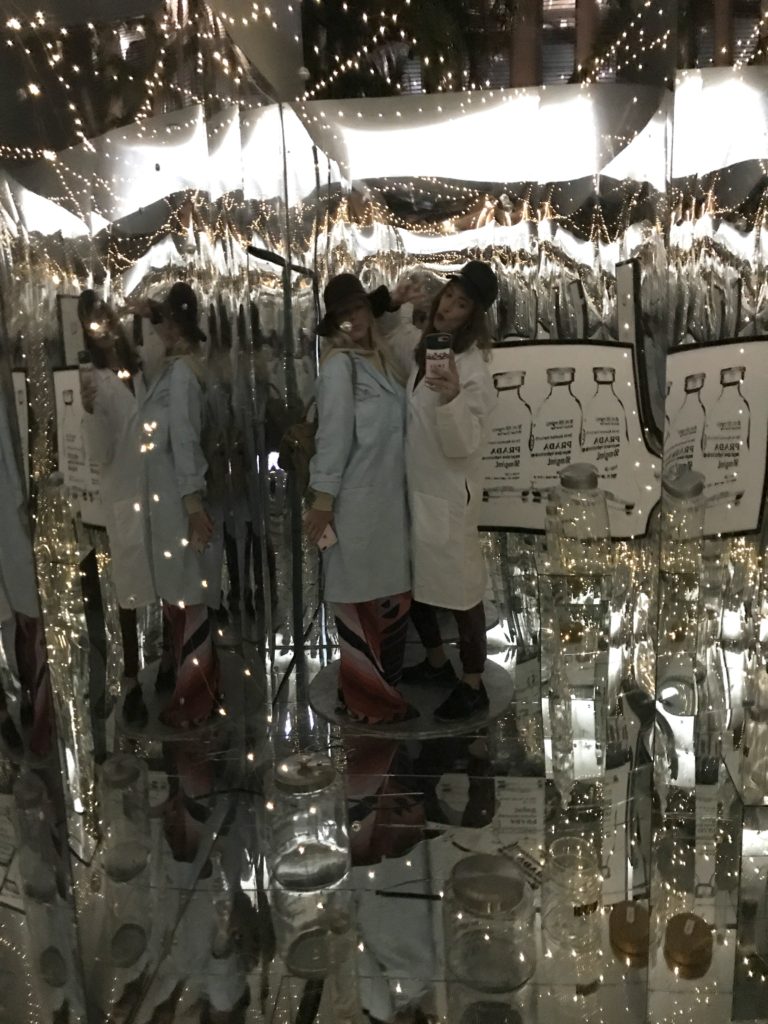 According to Shawn’s team, Fake Fulfillment Center is an exploration of the ways in which our society needs to display status; where wealth and class has formed into dependence. It’s art that confronts the reality of modern addiction in a manner that is both social and playful while remaining thoughtful.  Fake Fulfillment Center, like all of Kolodny’s works, has been shaped by the artist’s own personal battles with status seeking and drugs.

“In my experience, addiction is not always as it seems; the whole premise is shifty and the promise is fake.”  Said Shawn Kolodny “This immersive exhibition takes guests on a trip through reality, and I hope it evokes some self-exploration around our addictions and the notion of fake fulfillment associated with them.”

The first stop on our tour was the Prada Overdose Room. Reminiscent of The Infinity Room at The Broad in LA, it was hard to leave the bright lights and visuals that went on forever… 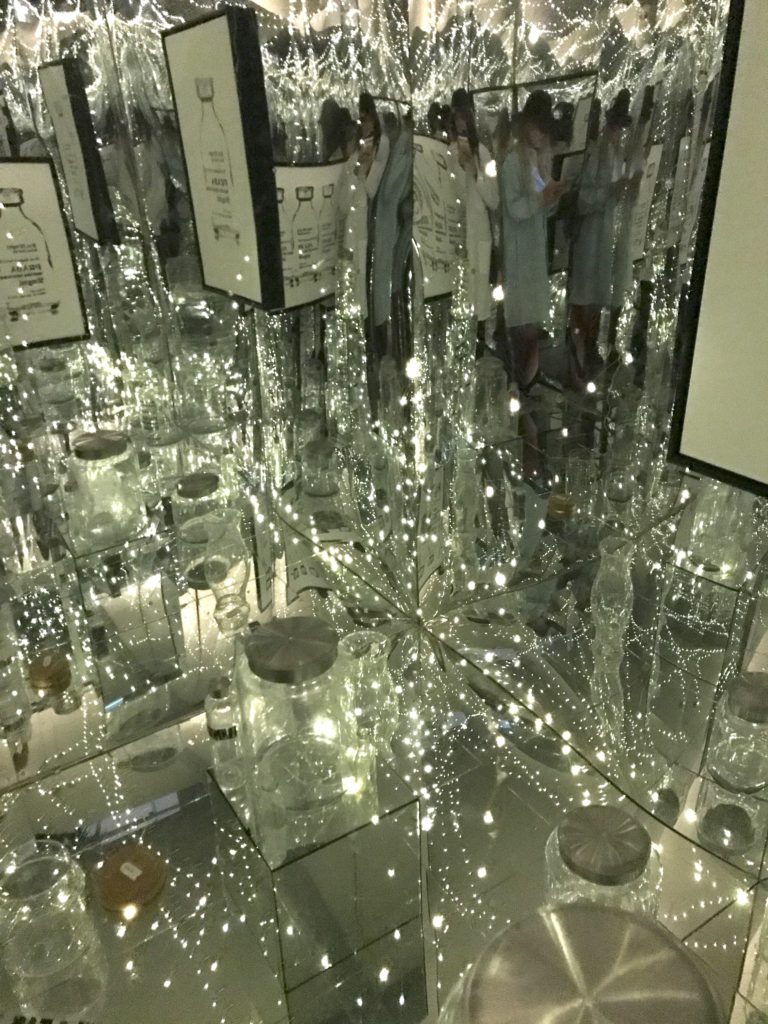 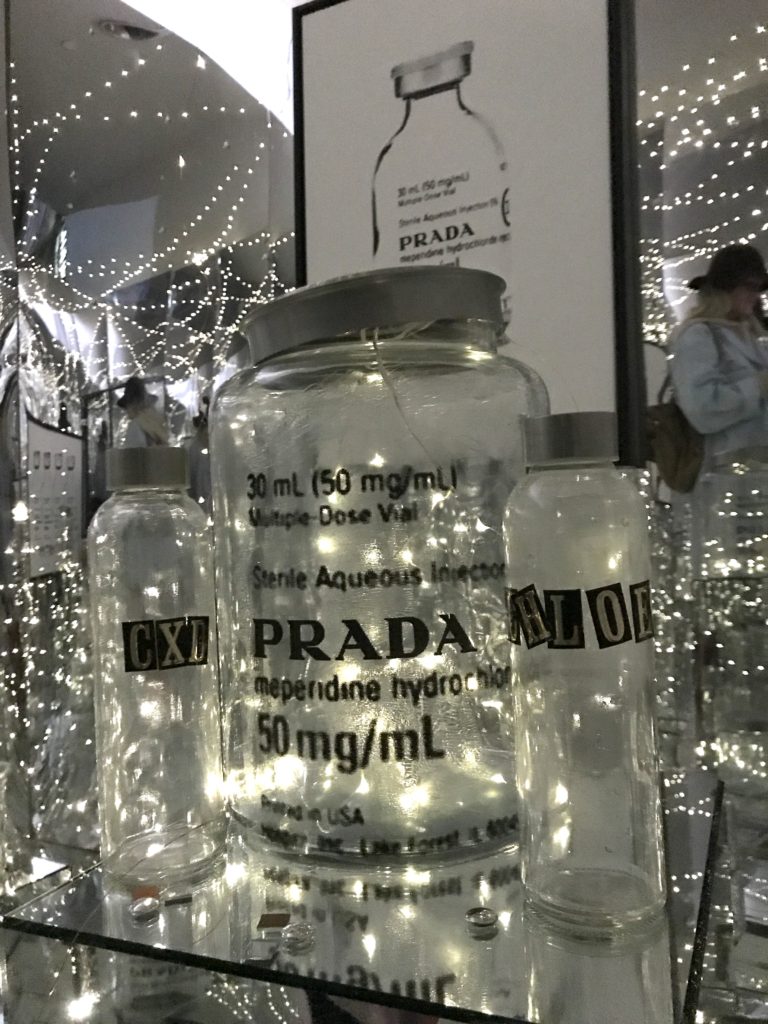 Next we were asked to write our sins, addictions, vices and thoughts on walls of post-its and hang them up with the rest of the ranks. “Mine won’t fit on a post-it!”, my girlfriend called out. lol. Mine either 😉

What would you write on yours? 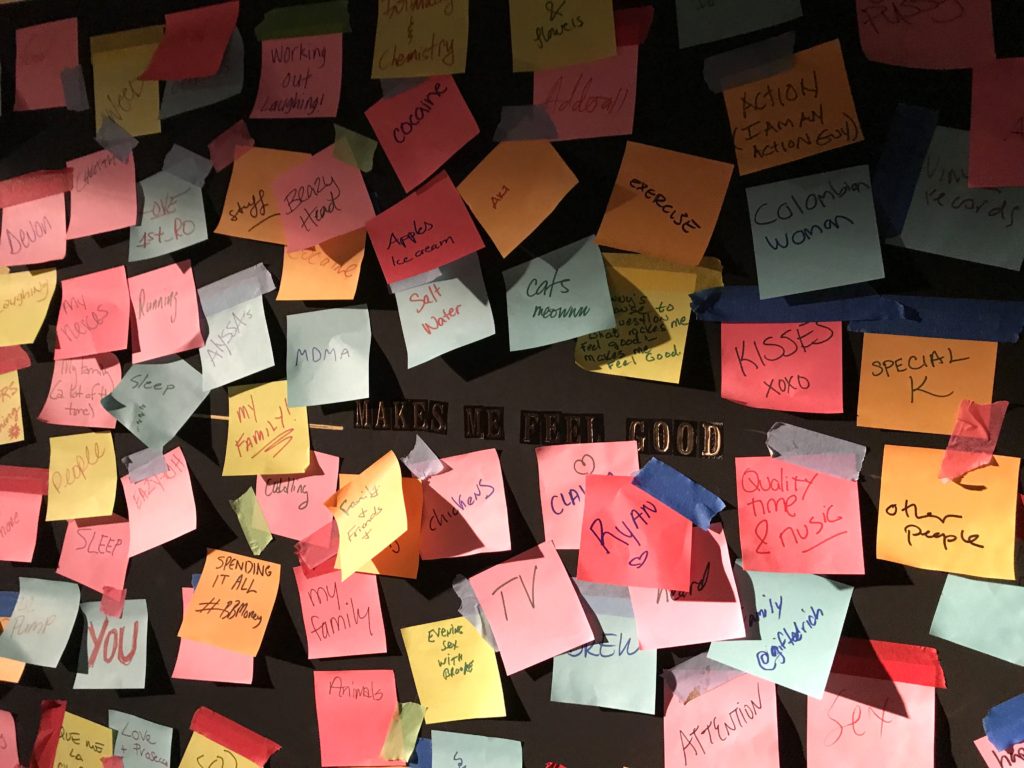 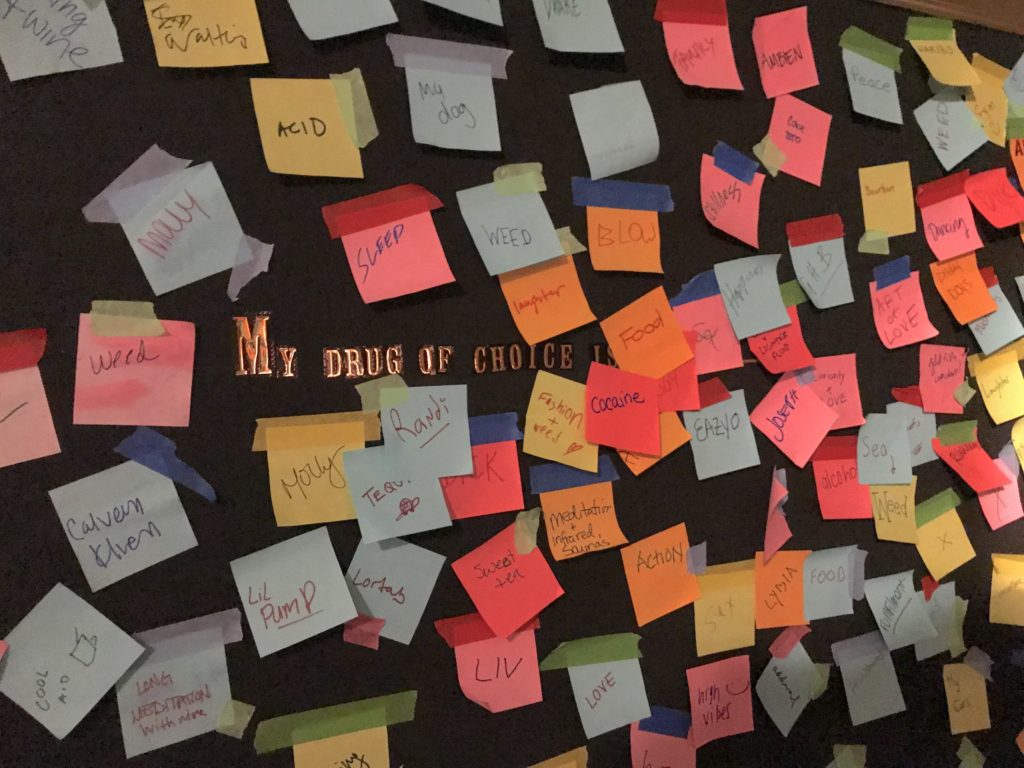 After a journey through the Cat Hallway (cat is the most searched word on the internet), we wound up at the Zen Garden: a larger than life bed of tranquility made of pills instead of sand, complete with giant rakes. I do admit, pushing them around was quite soothing. Does that make me a pill pusher?! 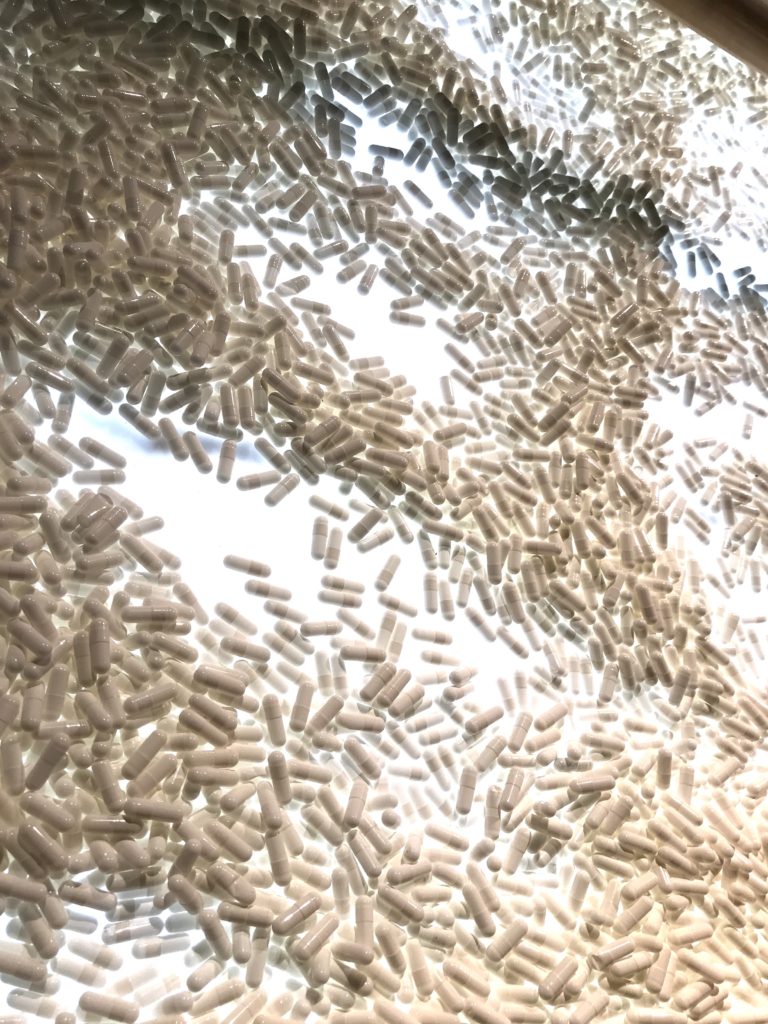 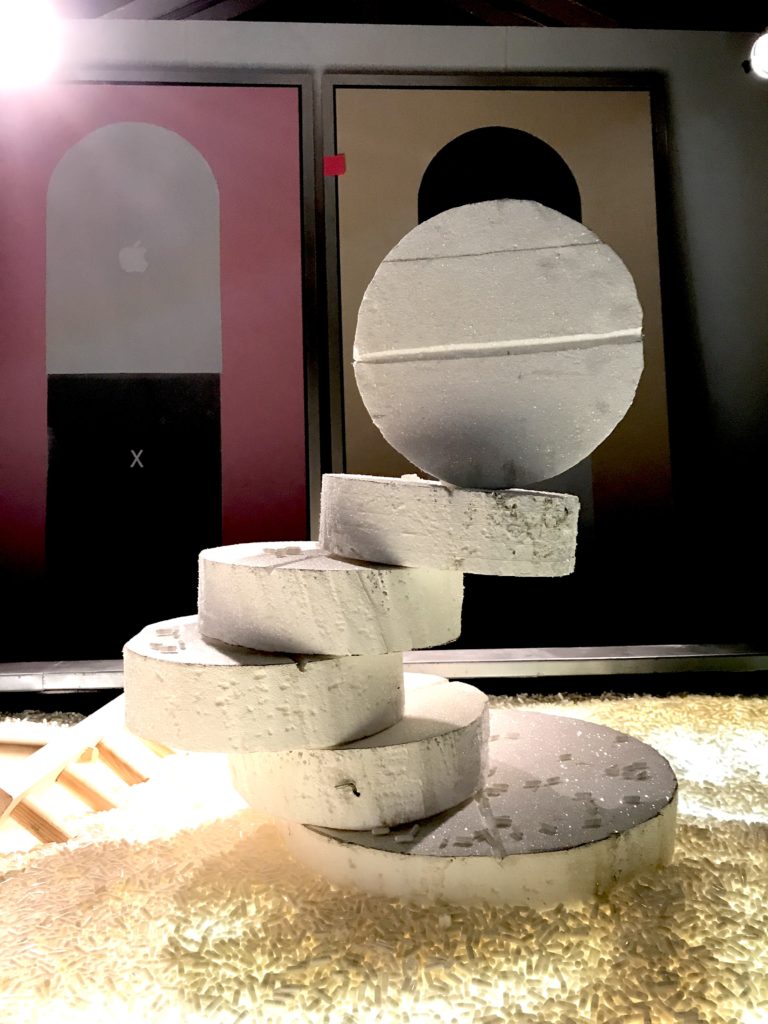 We even got to help with one of the paintings!

Shawn came out toward the end and played Social Media Twister with us. 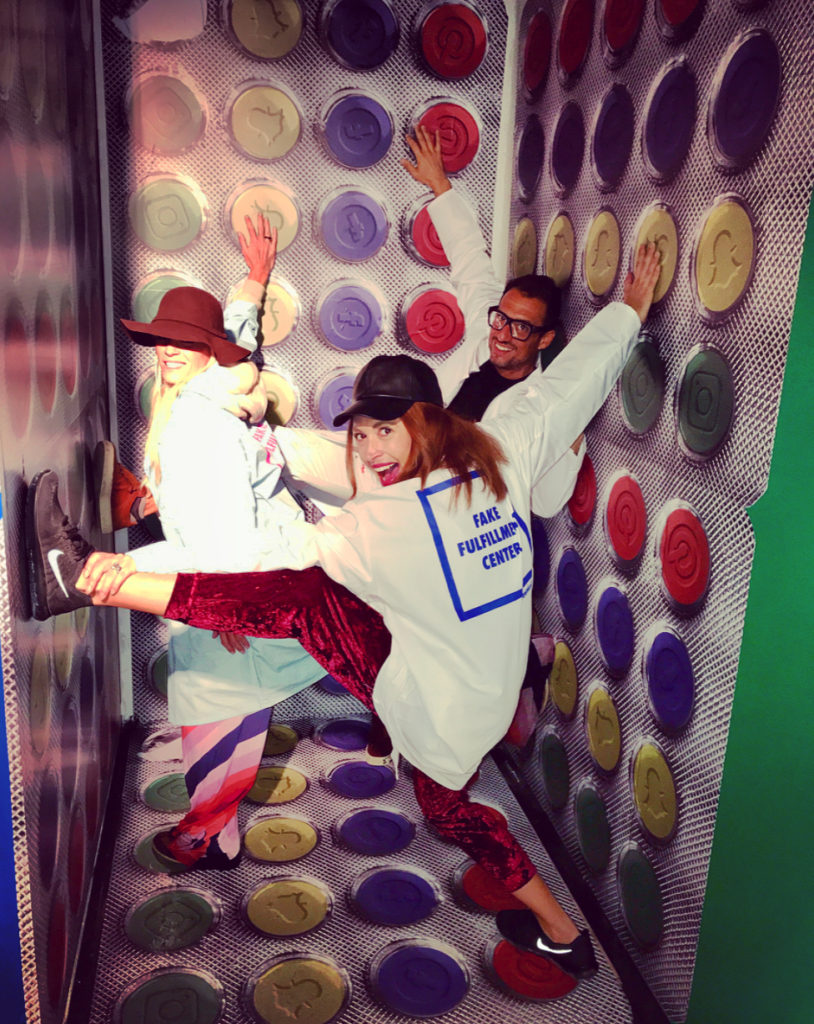 This was truly one of my favorite exhibits of the whole show. Rarely does one actually get to be part of the art as opposed to just look at it.

And the best part is… we got to keep the lab coats! They seriously kept us warm the whole night. Those things were bulletproof, just like this exhibit.

We wish the best to Shawn and his team! Thanks so much for having us! 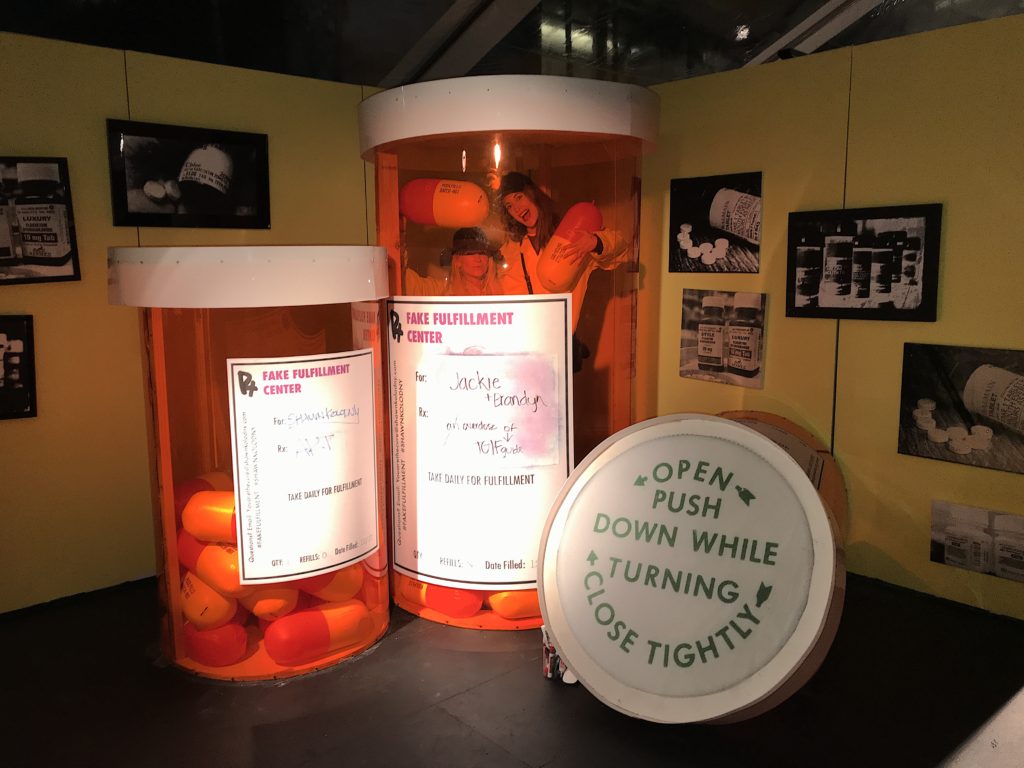 About Shawn Kolodny
Shawn Kolodny (born 1971) is an American artist, living and working in Manhattan, New York and Miami, Florida. Kolodny received his Bachelor of Industrial Design from Syracuse University in 1994 and his MBA from Stern School of Business in 2010.

Shawn Kolodny has emerged with one of the most provocative and discussed series of the year. Drawing from a life spent amongst substance, addiction and materialism, as the owner and operator of the world’s most prominent nightclubs, he has been both the observer and the subject.

Kolodny’s work confronts the infinite cycle of fake fulfillment shaped by modern society’s addiction to ego, using the most sought-after brands and the most addictive drugs as a visual medium. Preview Kolodny’s art at ShawnKolodny.com.