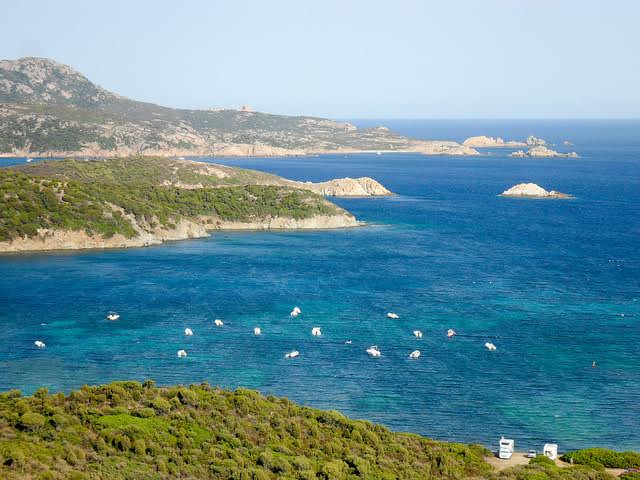 Whether traveling to or living in Italy, part of the pleasure of “la dolce vita” is combining sightseeing with only-in-Italy experiences. The editors at International Living have gathered 10 enjoyable ways to do just that in a new report that points readers to Italian experiences not to be missed.

Expats in Italy say they love not only the art, culture, impressive architecture, world-renowned food, and easy access to the rest of Europe, but also the slower pace of life and the culture that prioritizes family and friends over work and to-do lists.

In fact, Italy has so much to offer that deciding what to do on an exploratory trip can be a challenge. The correspondents at International Living have put together a short list that goes beyond the usual sightseeing destination and shows off some of the enjoyable, affordable, and lesser-known qualities of this remarkable retirement destination.

Italy is littered with the remains of ancient bath complexes and mosaic-covered pools…proving that the ancient Romans loved to lounge in hot water. Curative therapies and spas are actually part of the national healthcare system. There are hot springs from the Alps down to the toe, but the most famous and abundant are on the island of Ischia and in Tuscany. Whether it’s a natural rock pool or a spa facility with relaxation treatments, a soak in some hot springs to unwind after sightseeing is a great idea.

Italy is renowned for its wines, with each region having its own heritage vintage, so a wine tasting is definitely in order. Wine tastings can be full-formal, but a fun Italian tradition is called vino sfuso (literally “loose wine”); take a jug or bottle to the winery or wine shop that offers it and get it filled directly from the vats for about €2 ($2.35) a liter. Not every winery offers sfuso but there are some in every region.

8. Find a folk festival, or sagra.

A sagra is a down-home food festival dedicated to a particular delicacy, and it’s a fun experience. It’s often held in conjunction with a religious feast day, but the sagra is all about the food. Eat well (and cheap), mix it up with the locals, and hit the dance floor for a bit of free fun.

7. Get off the beaten path.

Get out and see some smaller cities or less-known regions. Gorgeous landscapes and fascinating towns exist throughout Italy, offering lower prices than the better-known tourist spots. For example, towns in Le Marche, Umbria, or northern Lazio are less explored but no less interesting than well-known Tuscan towns, but they aren’t nearly as crowded or pricey.

On the outskirts of Modena, where Ferraris are made, visitors can get behind the wheel for an unforgettable rocket ride. There are several companies that offer the drives, either on the streets or a race track, from a 10-minute test drive, or up to two hours through the countryside. The area between Modena and Bologna is known as “Motor Valley” so drives in a Lamborghini, Maserati, and Pagani are all available here.

Italy is the birthplace of opera, along with its most famous composers, such as Verdi, Rossini, Puccini, and Vivaldi. There are sumptuous venues to take in an opera, including La Scala in Milan, La Fenice in Venice, and Teatro San Carlo in Naples, plus fabulous open-air operas. An evening at the Roman amphitheater in Verona, the ancient Baths of Caracalla in Rome, or the neo-classic style arena in Macerata, Le Marche would be unforgettable, too.

4. Stay in a castle or palazzo.

Italy’s long history means there are medieval castles and Renaissance palaces scattered all over. Many of them are now elegant hotels offering sumptuous stays and a chance to be surrounded by history. Tuscan castles, Palladian-style villas, and many other historic buildings provide guests a fairytale experience.

The UN’s program of preserving sites of historic and cultural significance provides a ready list of fascinating places to visit. Italy has 41 UNESCO sites—more than any other country—everywhere in the peninsula. Assisi and the Amalfi Coast are two examples, but there’s also the royal palace of Caserta and the Etruscan necropolis of Cerveteri.

There’s something about an island that makes people slow down, breathe deeply, and really relax, so getting off the mainland for a day can be a refreshing revelation. Entire trips can be spent on Sicily or Sardinia, but there are also easily-accessible islands to visit for a day or two as well. Try glittery Capri, less-known Ponza between Rome and Naples, or enchanting Elba, in the Tuscan archipelago.

Italian cuisine is not just a highlight of any trip, it’s often the focal point. Each region has its own specialties; indeed, for many Italians “ethnic food” is something from another region rather than a foreign country. Excellent eateries are found everywhere—but to truly eat like a local, get a “home food” experience and dine with a family. They’ll prepare their area’s specialties and provide the bonus of being part of the Italian famiglia (family) for an evening.

The report can be found, here: 10 Things To Do In Italy…for that Uniquely Italian Experience