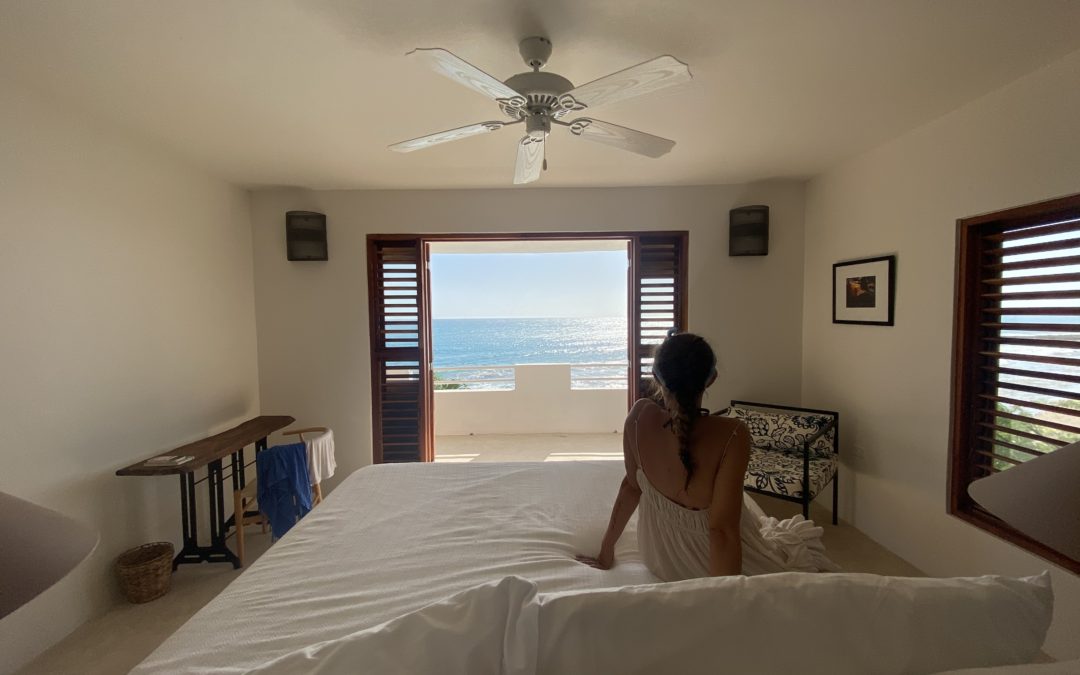 I love watching the Hallmark Channel.  With shows starring the old cast from Full House, The Golden Girls (my personal favorite), and more Christmas movies than Santa himself could probably handle, you’re in for an undoubtedly wholesome viewing experience. That is until the commercials come on and Big Pharma takes the stage. The images of Sophia, Rose, and Dorothy give way as your TV is engulfed in vivid colors turning the spotlight on a woman frolicking in a field full of flowers. She is obviously living her best life. Depression? Not this gal.  While frolicking, she talks about her issues with anxiety, making friends, and the like, and then comes my favorite part, the side effects. As the voiceover person smoothly, almost criminally, rattles off all the things that are going to go wrong with the body if one should take this prescription, I can’t seem to look away from the brilliant imagery. The lush fields beckon. It’s like visual candy. Yes, Hallmark viewers, this little pill –which is somehow legal– is going to solve all of your problems with depression, anxiety, stress, you name it,  just brace yourself for some internal bleeding and maybe some kidney failure, and oh, that whole early death thing. By-the-way, prescription drugs are the third leading cause of death in the United States after heart disease and cancer.

It’s time we changed the channel.

My first encounter with magic mushrooms was with my high school boyfriend and our night consisted solely of lying on our backs and laughing about how amazing the ceiling was. That slab of drywall above our heads was taking on forms that were ticklish to my mind. It was dancing. That’s because we ate an entire 3.5 grams, aka, we were trippin’, man.

I grew up in New Mexico, where growing your own magic mushrooms is legal, so the idea of them has never been that taboo to me to begin with.  Mushrooms have been part of religious rituals for thousands of years, and are even believed to have sacred powers.  The Aztecs of Mexico used them and so do the native tribes in my home state. People can even get out of legal charges when it comes to mushrooms by joining the Native American Church.  In other words, mushrooms have been around for a long time, and are used by many for spiritual purposes, legally. But, all things considered, what would a smaller dose make me feel like if not causing me to completely lose my mind over the contractor’s work on my roof?

Let’s fast forward to my adult life when I first discovered microdosing. I was browsing the net and happened on a few clickbait articles about how mixing a low dose of shrooms into your morning coffee was quickly becoming the new “hot thing” in the tech world.  Reading the articles reminded me that some of my software salesman friends were into microdosing, both shrooms and LSD, same with some of my banker friends, all people with legit jobs, high incomes and college educations. Smart people.

After reading up on how microdosing has helped people with everything from being more creative and focused at work to being better parents, I was ready to get my hands on some mushrooms of my own, and pronto.  It ended up working out that some “smart people”, in this case, doctors, that I’d been lucky to get introduced to, were hosting their own legal psilocybin retreat in Jamaica, and so off I went. “We’re going to hand out the first round of chocolates now,” said our hostess Irie as we crusaded down the winding Jamaican dirt road from Montego Bay towards Treasure Beach. “You might get a little giggly, and you’ll definitely have that glow, but you won’t hallucinate.”

On the journey, and therefore currently on the trip were me, my date, another couple (of which the husband is an Iraq War Veteran), a doctor, Robin Banister (Therapist & Facilitator), Alex Schenker (Wellness Director), and our two fearless leaders, Irie and Daryl. Irie is one of those people that you immediately feel comfortable around. She’s had an over ten-year career as an insightful educator, public speaker, patient advocate and caregiver, which ultimately lead to opening her dream wellness retreat, Rise Wellness, at which I would be spending the coming week. Her partner, Daryl, received a Ph.D. in Molecular Biology and Genetics and is published in diverse fields including plant biology, genetics and DNA repair mechanisms. He is a cannabis industry pioneer whose work with plant medicines has helped thousands of Veterans, medical patients and clinicians.  Needless to say, I was in great company. Amongst healers.

Chocolates in hand, we looked around, making eye contact with eachother. This was it. Bottoms up.

I like to think of myself as a nice person. My two favorite stress relievers are yoga and meditation, which although I do regularly, I admittedly still feel like flipping people the bird in traffic 99% of the time.  When it comes to handling stress, I usually rely on my breathing, some hot tea, a workout, or even reciting a mantra, but with a low dose of mushrooms, stress didn’t even seem to have a chance to creep up. It was as if that little chocolate helped cultivate the absence of negative thoughts altogether.  We swam in the sea, chatted about our feelings, and enjoyed an amazing dinner prepared by the on-site staff. Our entire group was totally functional, it was just as if the clouds had lifted a little bit. Everything had become a little bit brighter.

At one point, I was alone on the beach and saw a stick that my dog (who had just passed away) would have loved to play with, I had a little memorial for her, cried, and felt like I was whole again.  Like everything was going to be ok. The mushrooms seemed to have opened up a part of me that I forgot was even there. The part of me that knows it is ok to go through life one step at a time, enjoying the moment, not blaming myself for smelling the roses and such, for being human.  Of course, I was on the beach in Jamaica and a long way from traffic on the 405, but, when getting down to it, the mushrooms helped alleviate my anxiety completely. I even maintained my “glow” through security at the airport on the way home. I wonder if microdosing actually did become a thing, just as cannabis did, would I feel the same way if I were at the office working on deadlines that I did at this point, standing there on the white sand? 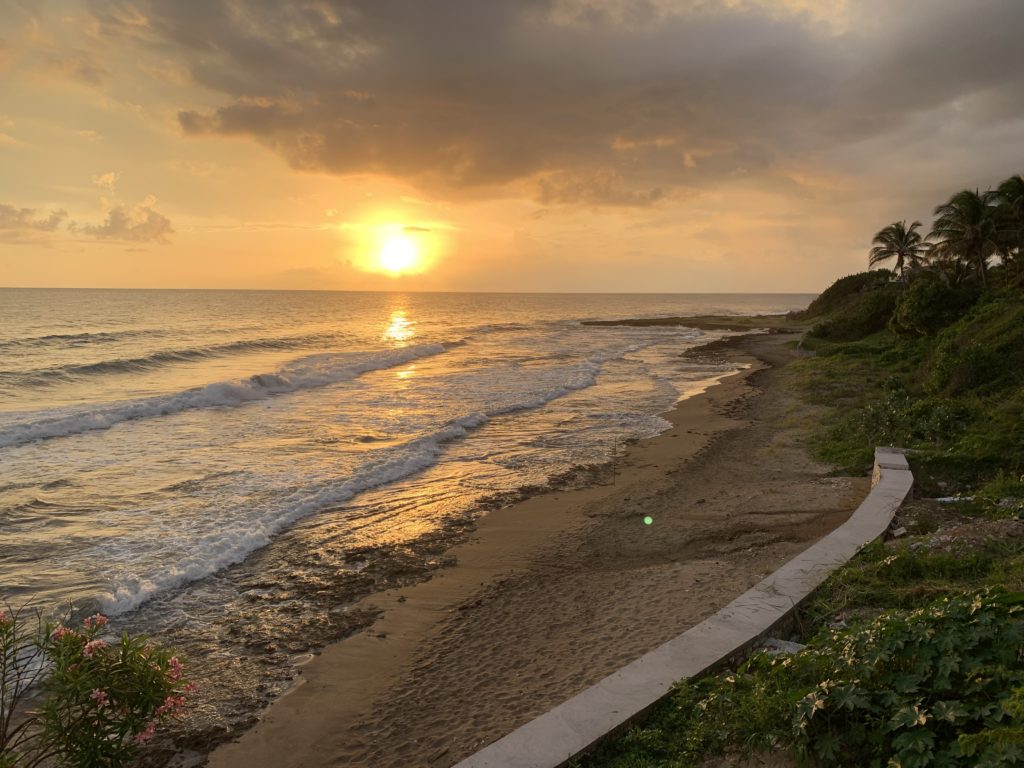 I also suffer from misophonia which means if you chew too loudly, or tap on the table repetitively, it might inspire me to want to throw you off of the balcony.  When I was on mushrooms, even three days after returning to LA, it was as if I were deaf to all the annoying things that had once bothered me before, and now that I’m no longer in Jamaica and writing this piece totally sober, I’ll admit, I’ve already caught myself getting annoyed with those things all over again.  Day-to-day life is in society is indeed no cakewalk and it requires a lot of mental stamina to simply maintain. With the help of mushrooms, it feels like your mind is finally back on your side.

Psilocybin has helped some people reduce their symptoms of depression by 50% or more, and a recent article in The Guardian believes the drug offers a better and more comprehensive treatment than current antidepressants, and that it could well be a powerful new therapy for a host of other mental illnesses, including anxiety and food disorders. Places like Rise Wellness and people like Daryl and Irie are dedicated to providing a solution for those who are seeking safe, non-toxic treatments for mood improvement, enhanced creativity and workflow, stress management and physical wellness. Aka, me. And maybe you, or someone you know.

Included in the resort package were a daily microdose of psilocybin of their specially formulated 100% natural recipe (chocolates, anyone?), transportation to and from Montego Bay Airport, accommodations,and healthy all-inclusive meals.  I personally enjoyed the education sessions and group discussions, in addition to chatting with the trained facilitators like Robin. I also booked a private Shiatsu treatment with Alex, who is a complete miracle worker, just ask my bunions. Visitors to RW can learn/practice yoga, meditation, breathwork and enjoy a personalized aromatherapy treatment and oil, done by Irie herself.

Upon returning home and back to indulging in The Hallmark Channel after a long day at the office, I look back on that experience as one of the best weeks of my entire life.  And this is coming from someone who’s traveled to 40 countries and has had a lot of experience! I just hope that one day other people will get to understand the wonders of this natural medicine and encounter the same feelings of healing that I did.

Until then, there’s always Jamaica… 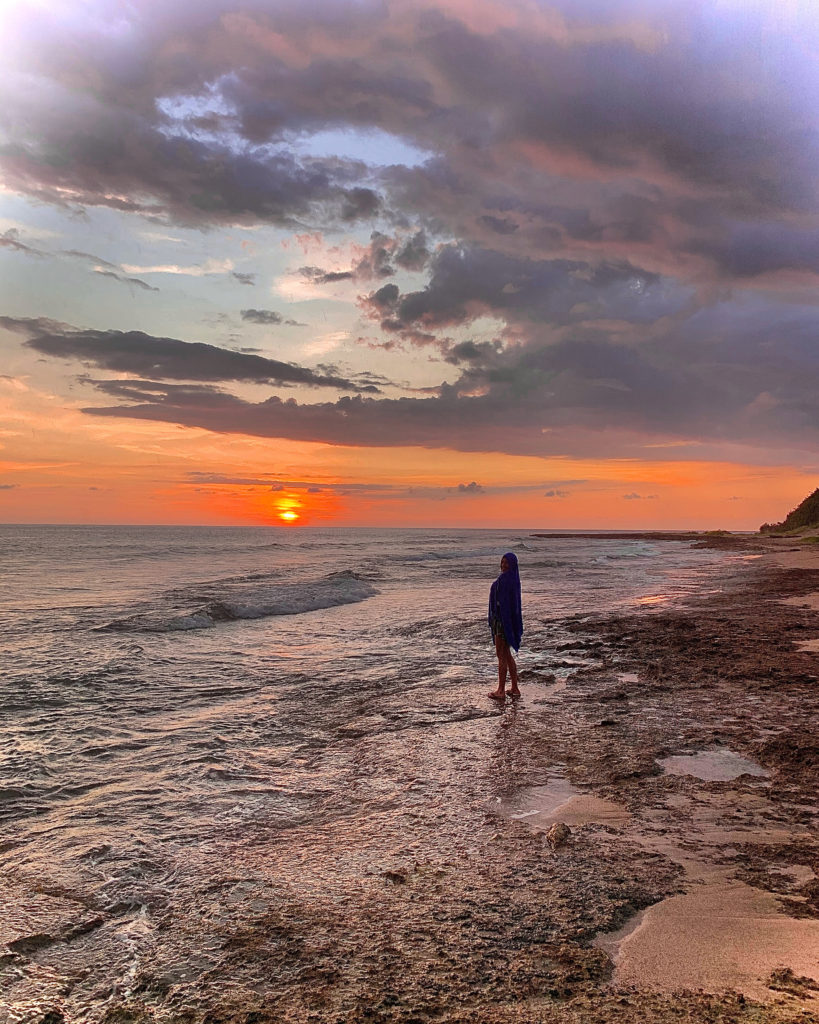