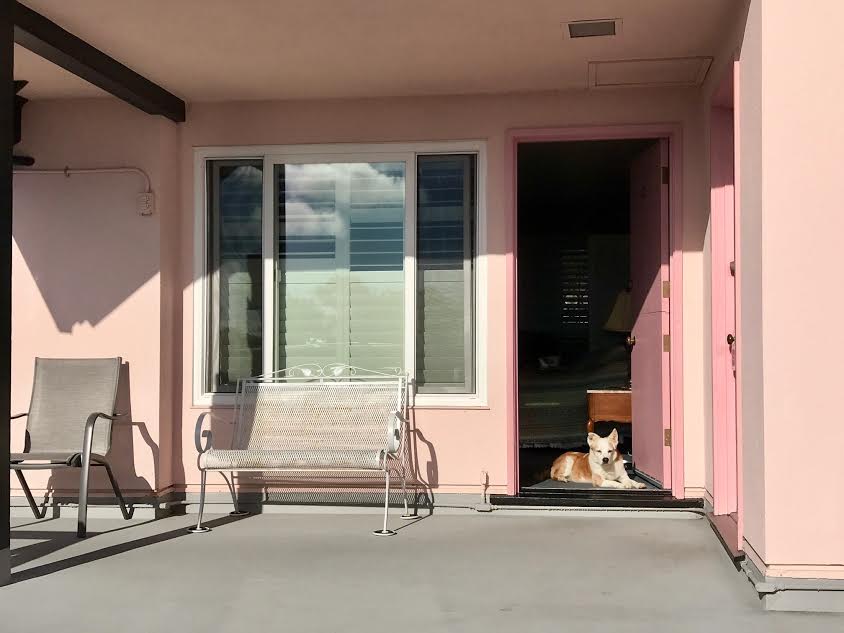 In 2022, Hofsas House will celebrate its 75th year of providing rest and respite for travelers to Carmel-by-the-Sea, but it’s also celebrating 75 years of continuing a family legacy that was established by visionary co-founder Donna Hofsas.

“We’re continuing the tradition established by my grandmother Donna Hofsas in 1947,” said Carrie Theis, the Carmel hotel’s President and General Manager. “It’s a celebration of a family seeing to the needs of travelers, introducing them to Carmel and enjoying the things we enjoy on a daily basis. It really is a celebration of family as well as a hotel.”

Theis’ father Jack, Donna Hofsas’ only son, took over from his mother, who passed away in 1981. Then his wife and Carrie’s mother, Doris, and her brother Scott, took over in 1996 when Jack passed away, running the hotel until 2000, when Carrie became the general manager.

For Theis, becoming general manager was a full-circle moment, something almost destined.

“My summer job was coming down and helping my grandmother at the hotel, we were very close,” she says, recounting her days as a young child behind the front desk counter and leading guests to their rooms, among other responsibilities helping her grandmother. “That’s when I really took an interest in the hotel, it’s such a wonderful business. You meet people from all around the world. I knew one day I’d be running the hotel.”

Not only did her father, mother and brother have a hand in running the hotel over the years, her son Caelan helps with the hotel’s marketing, is on the board of directors and also spent time as a youngster behind the front desk.

“When I say we’re family-owned and operated, I mean it,” she says. “Doris and I are on the premises all the time, so it’s with a lot of pride that we continue the tradition.”

Her grandmother and her husband Fred, who was an accountant, moved from Los Angeles to Carmel in the late 1940s. While Fred was busy tending to his business, Donna was tending to four cottages in Carmel that the couple had purchased — living in one and renting out the other three, which provided the seed that grew into the now 37-room Hofsas House.

In 1957, they took the major step of building the main hotel, adding 25 rooms and a swimming pool, advancing their business to the next level. After they divorced, Donna kept Hofsas House, and in the mid-1960s, she added the north wing and a meeting room.

Around that time, she also built her house, which was designed by Robert Stean and required some fierce battles with the Carmel Planning Commission for approval, since it was atypical for the village. The cottage she and Fred had occupied became the family suite, Room 9/10, which is still available to guests today, as are the three other original cottages on the property.

“She was a woman before her time, she had a great work ethic and will to succeed. She knew what she wanted and worked hard to get it,” Theis says about her grandmother. “We were really close so it’s really in my heart to continue her legacy.” 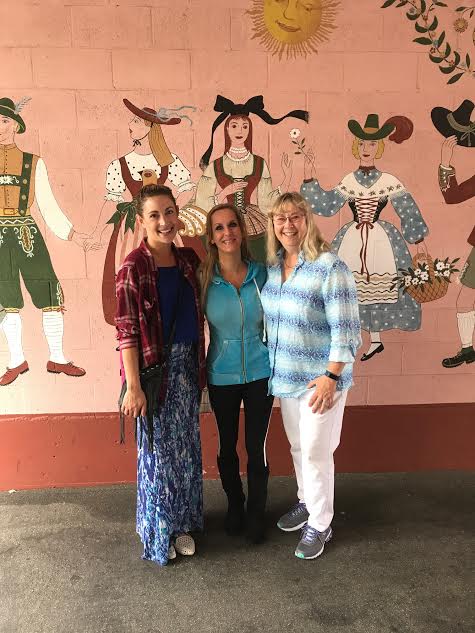 Part of that legacy is to be involved and invested in the local community and support other local businesses. Not only does the hotel and the family host fundraising events for organizations such as Peace of Mind Dog Rescue, Carmel Public Library Foundation and the Monterey County Food Bank, but Theis has served on the Carmel City Council for the past nine years. And, the hotel serves Carmel Valley Roasting Company coffee and Lula’s Chocolates, and they are supportive of local wineries and wine tasting rooms in the village.

And in keeping with her grandmother’s support of the artistic community, Theis commissioned Carmel folk artist Marie-Clare Treseder Gorham to touch up Albro’s mural during the pandemic. That inspired her to institute the Artist-in-Residence program that led to creating a custom headboard for Room 36 and painting a brand-new mural near the swimming pool by Gorham, whose distinctive aesthetic incorporates medieval themes and iconography, rooted within the ethos of the California Arts & Crafts movement.

The Artist-in-Residence for 2022, will be Phillip “Rags” Rosenberg, a songwriter and poet who explores the mysteries of love and family, and offers wry reflections on life’s philosophical questions through his mythopoetic folk songs and poetry.

One legacy that Theis definitely wants to continue is the hotel as a destination and refuge for families, which was her grandmother’s vision, one of the reasons she built large two-bedroom, two-bath family suites at the hotel.

When asked what she envisions for the next 75 years, she said, “We’re still working on it. Just keep it fresh and up to date. People are looking for something different (when they visit Carmel), so we set ourselves apart with a lot of color, we’re family owned, we add to the artistic & European theme of Carmel, we have our own parking, we’re only one of six hotels with pools in Carmel, we’re three blocks from Ocean Avenue and eight blocks from Carmel Beach.”