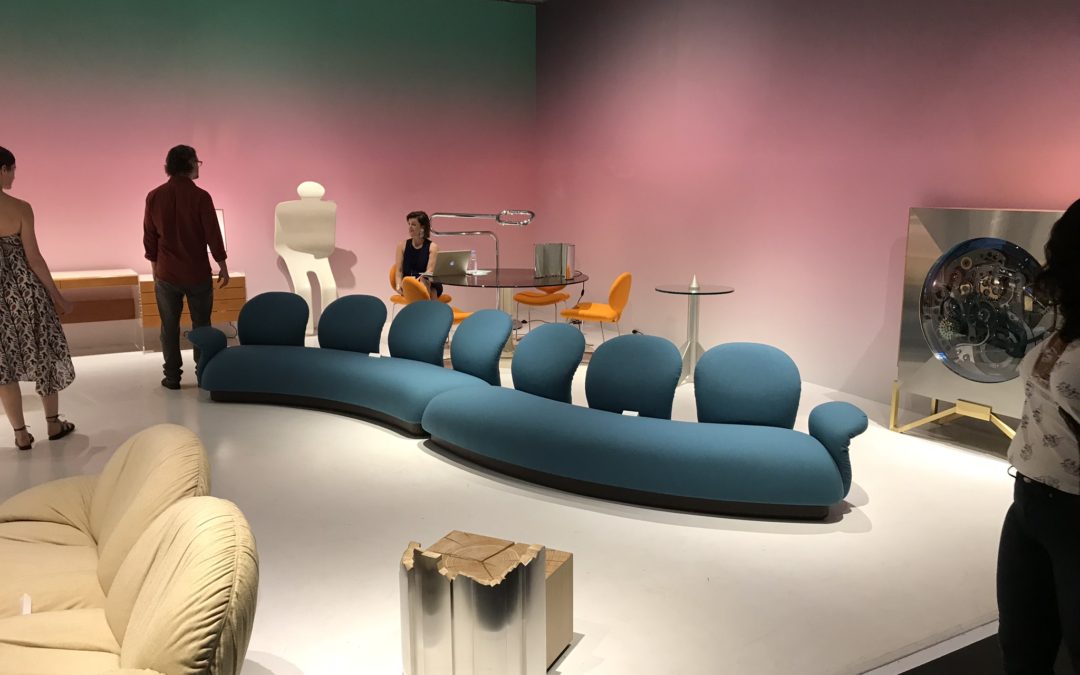 Design Miami/ completed its 13th edition this weekend, following six days of more than 38,000 visits by the collectible design world’s top collectors, curators and members of museum leadership. Themes of past and future, of optimism and philanthropy ran through this year’s fair, and a general spirit of creating a more sustainable world along with a freshly contextualized view of Americana, that melded Shaker with the New Hope School.

Galleries exhibiting pieces designed with utopian aspirations took center stage. First-time gallerist, Converso, presented a solo show of pieces by California modernist architect, Albert Frey, who came to envision the California desert, particularly Palm Springs, as a utopian site to pursue the purity of his architectural ideals. Frey realized a small number of minimalist residences that organically integrate into the surrounding desert. Another first-timer to the fair, Maison Gerard, presented a futuristic isolation sphere from the 1970’s, designed by French architect Maurice-Claude Vidili, intended as a reprieve from the outside world. Fernando and Humberto Campana were a frequently showcased designer duo across the gallery program due to the strong demand for this aesthetic. Exhibitors included LIZWORKS,Friedman Benda, and more. 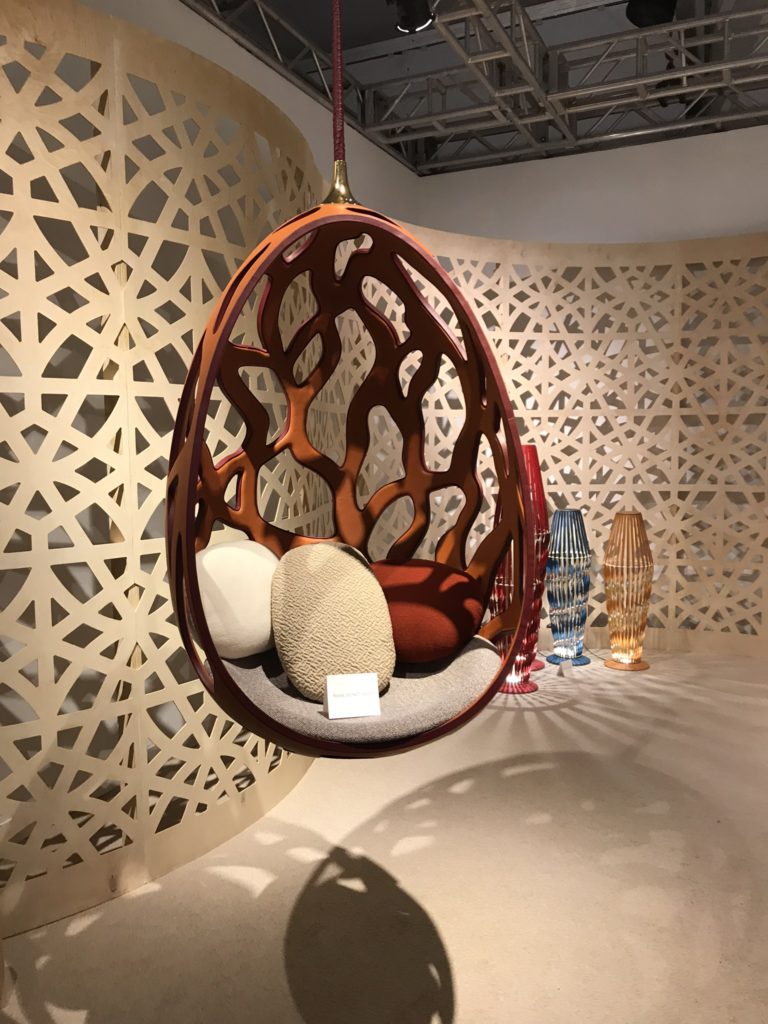 John Keith Russell exhibited a new typology of design to the fair with Shaker furniture. These simplistic nineteenth century pieces came from a community in Hancock, Massachusetts championing purity of design, form and functionality. A suite of designers followed this design aesthetic, particularly in America, which had a heavy hand throughout this year’s gallery program. Prominent American designers dispersed throughout the fair were well received by attendees and collectors including pieces by George Nakashima at Todd Merrill Studio and Moderne Gallery.Rodman Primack, Chief Creative Officer of Design Miami/ said of this year’s fair: “There was a distinct commonality behind much of the gallery content this year: furniture with ideals and ideal furniture. These shared narratives lent a level of cohesion rarely achieved; many gallerists seemed to share a common spirit and we are so pleased they brought it to us here in Miami. From the absolute simplicity and utility of the Shaker furniture movement at John Keith Russell’s booth, to the space-age 1971 Isolation Sphere by Maurice-Claude Vidili, at Miason Gerard, we saw design for a better lived life take center stage. Around town, and within our Design Talks program specifically, conversations surrounding advocacy and sustainability were brought to the forefront with a special focus this year on raising awareness, and implementing better practices that support the long-term health and wellbeing of our environment and its inhabitants.” 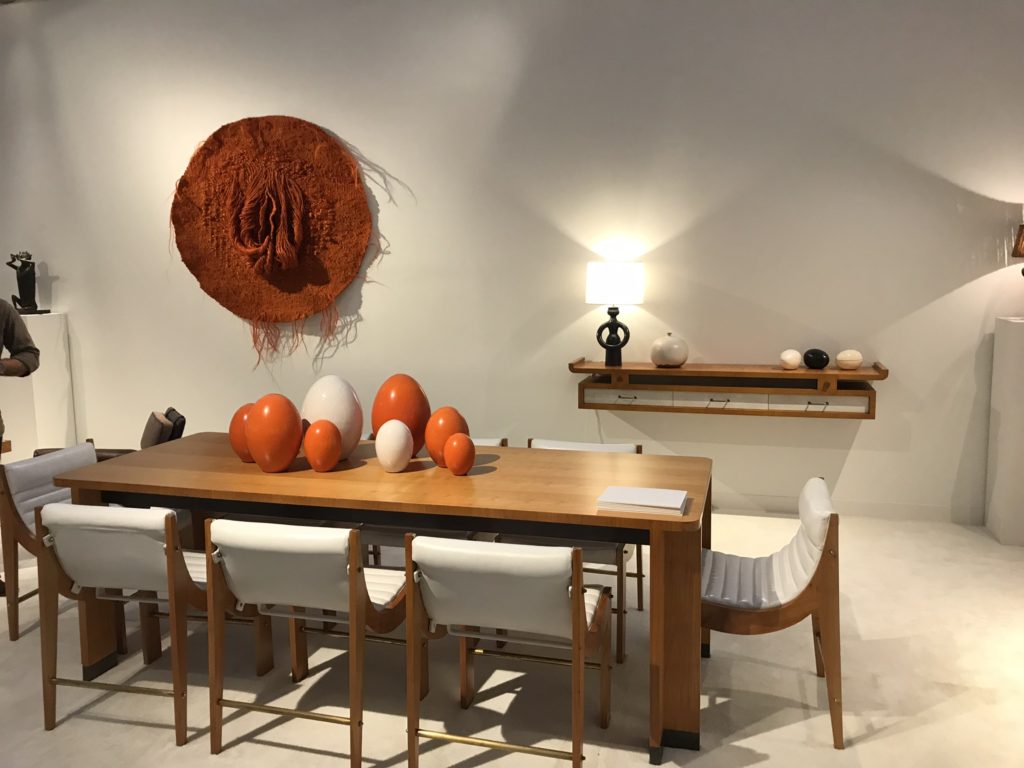 On the opposite end of the scale, technology and forward-thinking conversations were prominent not only under the Design Miami/ tent, but around town. The Design Curio Rapid Liquid Printing by The MIT Self-Assembly Lab + Christophe Guberan presented by Patrick Parrish Gallery saw a constant stream of guests exploring the space and discussing the wide range of possibilities in furniture design with this newly unveiled technology and the potential for materials. Exploring sustainability and community was frequently discussed within the Design Talks program. The Leonardo DiCaprio Foundation tackled these issues along with art and design as a platform for visualizing change and catalyzing societal action.

Other notable highlights from the gallery program include Tom Sachs’s foray into design with Salon 94 Design. The sculptor has been making one-off furniture for over thirty years, but the plywood and Lexan collection he presented is his first investigation into industrialized production. Galerie Patrick Seguin, known for their showcasing of twentieth-century French designers, featured a suite of furniture by Jean Royère, presented within a vignette in the gallery’s space under the tent. All pieces were sold. Incredible collectible jewelry, from contemporary designers and historic collections alike, were also interspersed throughout the gallery program with big pieces from names in the art world such as Alexander Calder at Louisa Guinness Gallery.

Sales spanned era and provenance at the fair, with historic work selling in equal proportion to contemporary material. Highlights are as follows:

Galerie Patrick Seguin of London and Paris sold all of its Jean Royère pieces.

Galerie VIVID of Rotterdam sold the MR10 Chair by Mies Van der Rohe and the Berlin Chair by Gerrit Rietveld, both from 1923.

Friedman Benda of New York sold a Christopher Schanck cabinet in the first hour of the fair–– Schanck’s prices range from $20,000 to $150,000.

The Future Perfect of New York, Los Angeles, and San Francisco sold all of its vessels, by a range of designers.

Ornamentum, of Hudson, New York, sold the silver-plated wall piece Platter / Ratherby Jaydan Moore to a major American museum, as yet unnamed, for $46,000.

This edition of the fair was also noted for its stellar attendance by influential figures spanning design, art, architecture, film, television, fashion and finance. Some of these individuals are listed below: 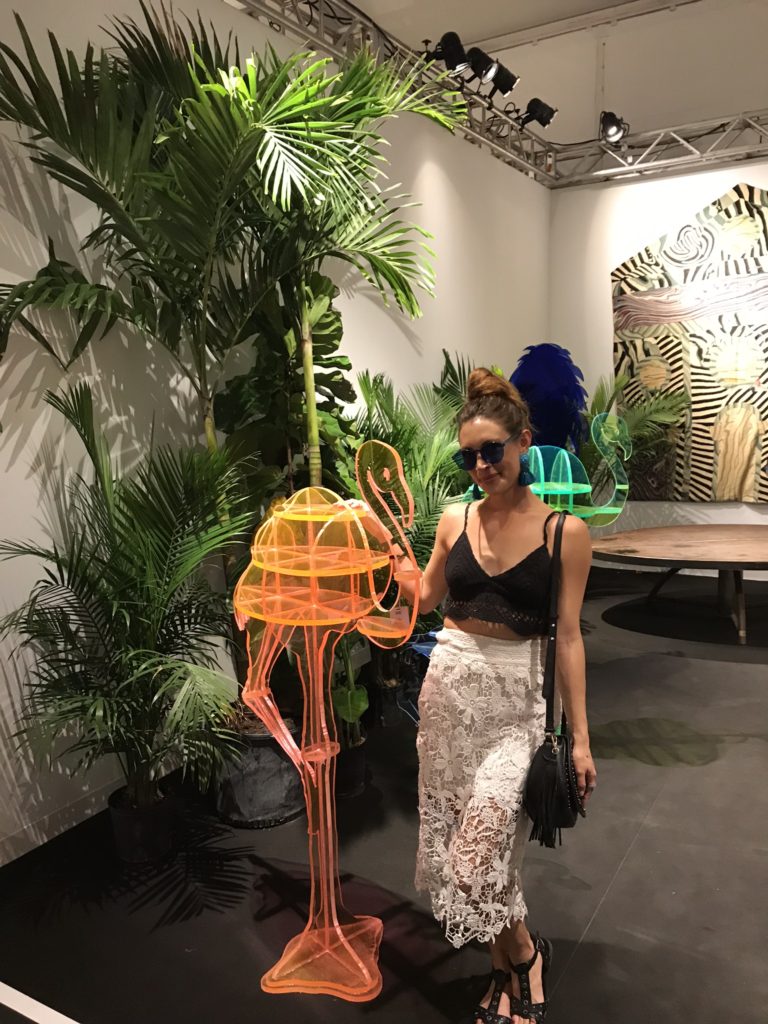 Mwabwindo School, which will open in 2018 and serve primary school students in rural Zambia, will be the second school opened in the region developed and operated by 14+ Foundation. Founded by Joseph Mizzi and Nchimunya Wulf, 14+ Foundation is committed to increasing education accessibility in rural African communities where travel to school is one of the biggest impediments to quality education. Mwabwindo School is designed by Selldorf Architects, New York, and will incorporate a mural to be created on-site by artist Rashid Johnson. Design Miami/ asked the Basel-based architecture and design firm Christ & Gantenbein to contribute to the project by providing children’s furniture to outfit the school’s art classroom.

Under the tent, Mwabwindo School had an exhibition space that featured objects from the project including a model of the school designed by Selldorf Architects, construction bricks fabricated by local craftsmen on-site, boys and girls uniforms for students designed by Ghana-based Studio One Eighty Nine, and furniture for the school’s art classroom designed by Christ & Gantenbein.

Mwabwindo School embraces the spirit of the Panerai Design Miami/ Visionary Award perhaps more uniquely than any other project in the award’s history, offering continued, tangible, and lasting impact to building community through design. 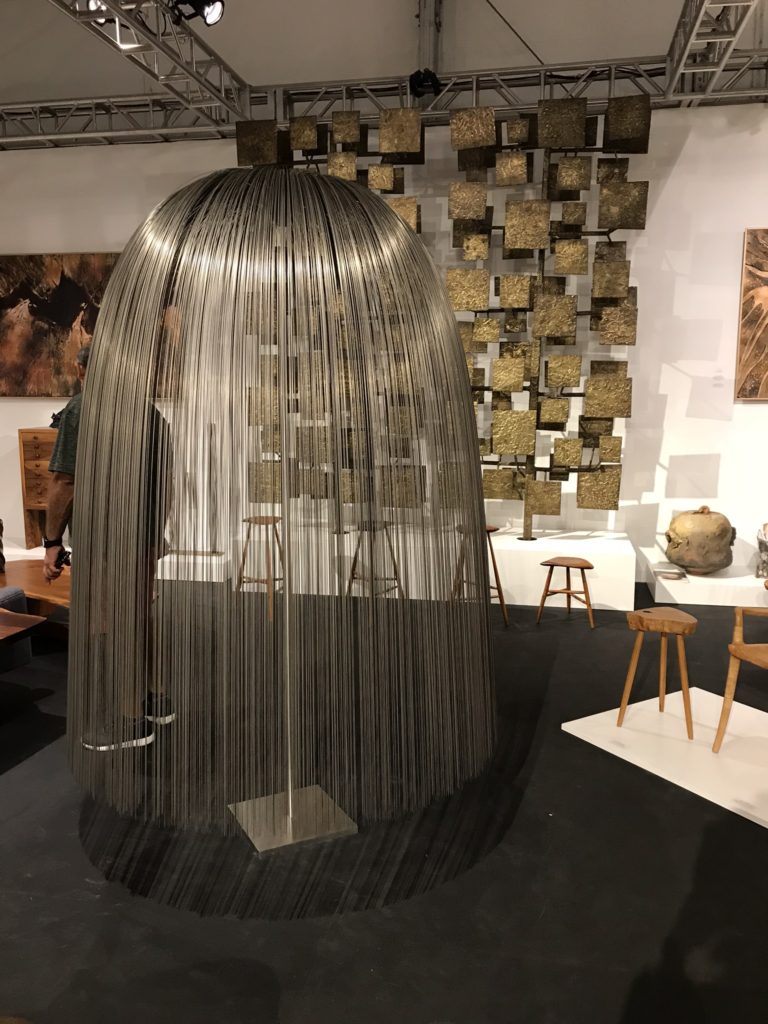 This year’s edition celebrated a robust itinerary of programming with many notable milestones. Fendi marked its tenth activation with Design Miami/, presenting Welcome! a living room setting deigned by Chiara Andreatti; Audi unveiled The Audi Motherboard, an innovative touchscreen operating concept moving towards a systematically electrified automobile; Maison Perrier Jouët activated a ‘Miami takeover’ with three highly visual, digital installations designed by duo Luftwerk around town and within the tent, a presentation titled Becoming; Airbnb produced a replica of Fien Muller and Hannes Van Severen’s home in Belgium within the tent titled A Wild Thing, animating objects within the space with sound capabilities that revealed each object’s own story; and Louis Vuitton unveiled an exclusive piece from their Objets Nomades collection: the turquoise-colored edition of the Bomboca Sofa by Fernando and Humberto Campana.

Beyond the tent, COS presented New Spring designed by Studio Swine at the Temple House for all to enjoy. Its success in Milan was mirrored in Miami with visitors lining up to attend the interactive presentation and its multi-sensory qualities throughout the week. In Miami’s Design District, Ronan & Erwan Bouroullec designed the pergola, Nuage, which continues to bring shade, shelter, seating, and charm to the luxury shopping destination.

The Design Talks program once again drew a dedicated crowd of attendees to engage in pertinent discussions about the marketplace. Highlights included a series of Talks presented by The University of Southern California’s School of Architecture with the theme of “Spatializing Blackness,” which addressed contemporary thinking and creative work related to black aesthetics, urbanism, and the lived experience of black bodies; the Elliman Talks series, which returned to the fair for its third year, and hosted talents including Annabelle Selldorf, Skyler Tibbits and Lily Kwong; and a discussion presented by Viacom that featured Daniel Arsham and Cecilia Dean, surrounding artists and the new technologies in the marketplace.

“The Miami fair welcomes a particularly diverse set of visitors, which this year was matched by our most broad base of gallery content ever,” said Jen Roberts, CEO of Design Miami/. “It drew in high attendance, but also signaled a healthy future for the fair. With that in mind, we are so pleased that Design Miami/ has been confirmed for 6 more years, in this location as it is redesigned as a city park.”

Design Miami/ is excited to share that the City of Miami Beach has commissioned West 8 Landscape Architects, the designers behind this year’s entryway installation, to design the site’s future permanent park. The temporary entryway installation previewed what is to come over the next year, including the donation of trees for use in the park once complete. West 8 is the visionary firm behind renowned projects including The Hills on Governors Island; Soundscape Park in Miami Beach; Schouwburgplein in Rotterdam, Borneo Sporenburg in Amsterdam, Chiswick Park in London, and many more. 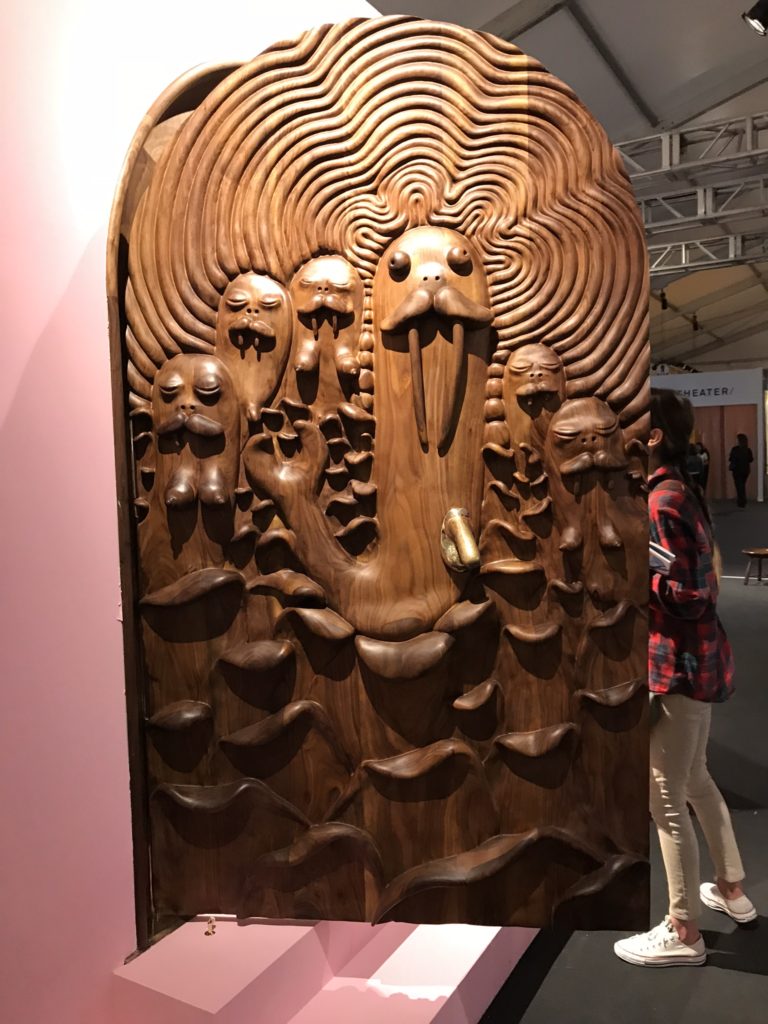 About Design Miami/
Design Miami/ is the global forum for design. Each fair brings together the most influential collectors, gallerists, designers, curators, and critics from around the world in celebration of design culture and commerce. Occurring alongside the Art Basel fairs in Miami, Florida, each December and Basel, Switzerland, each June, Design Miami/ has become the premier venue for collecting, exhibiting, discussing, and creating collectible design. http://www.designmiami.com. 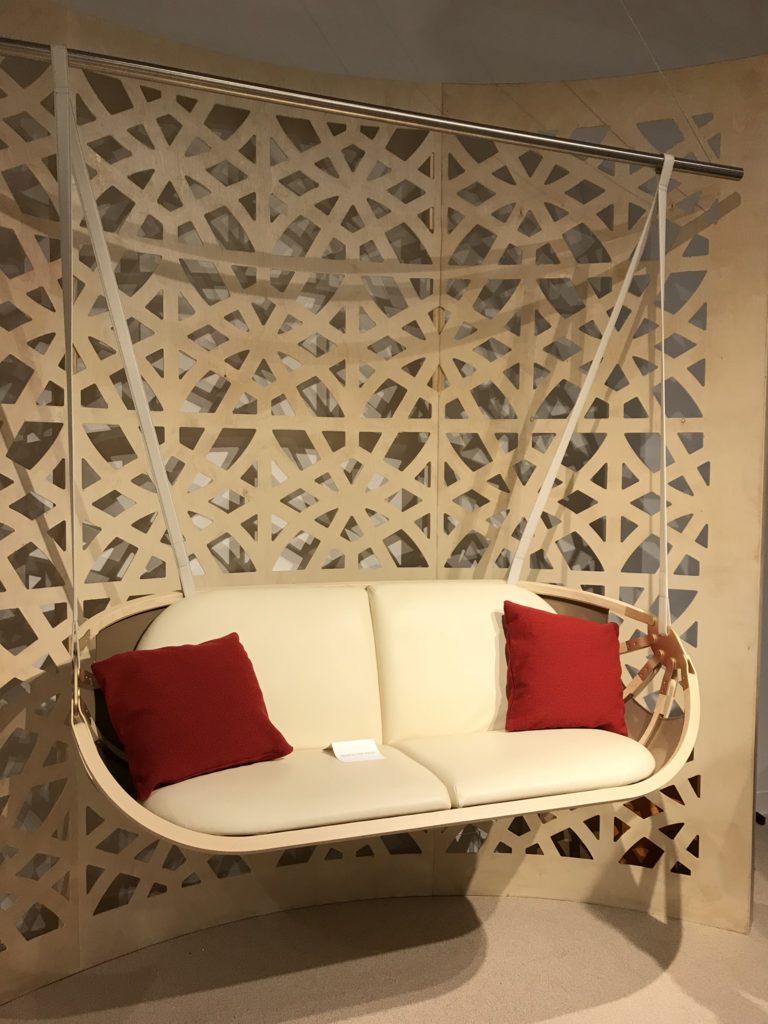 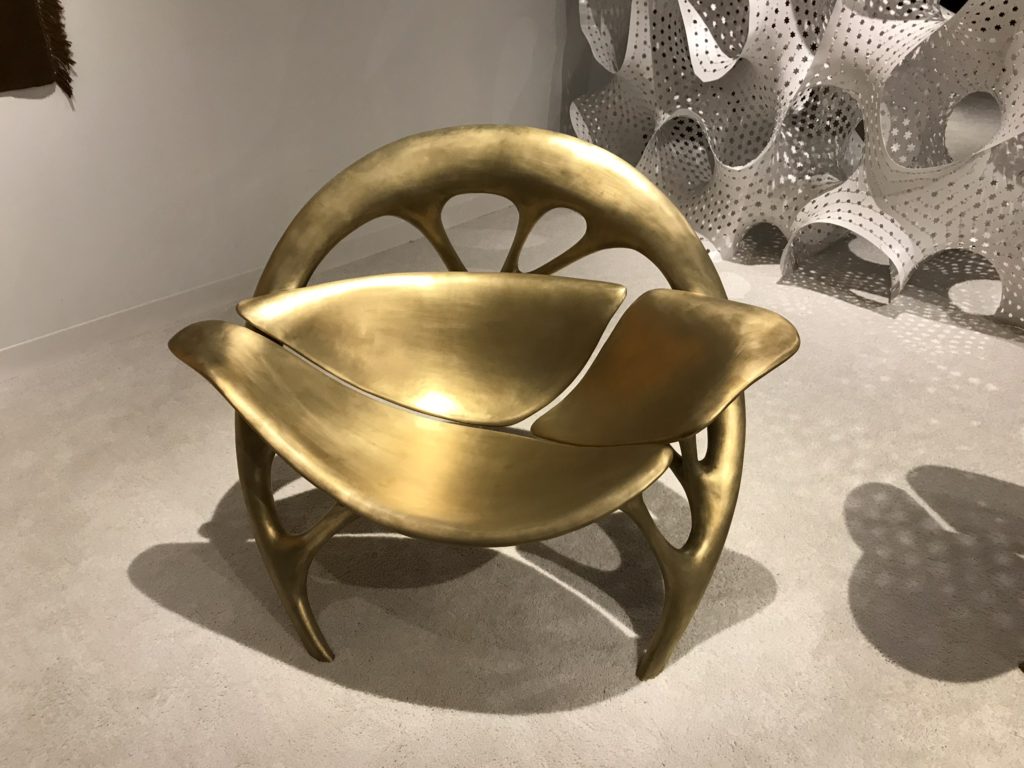 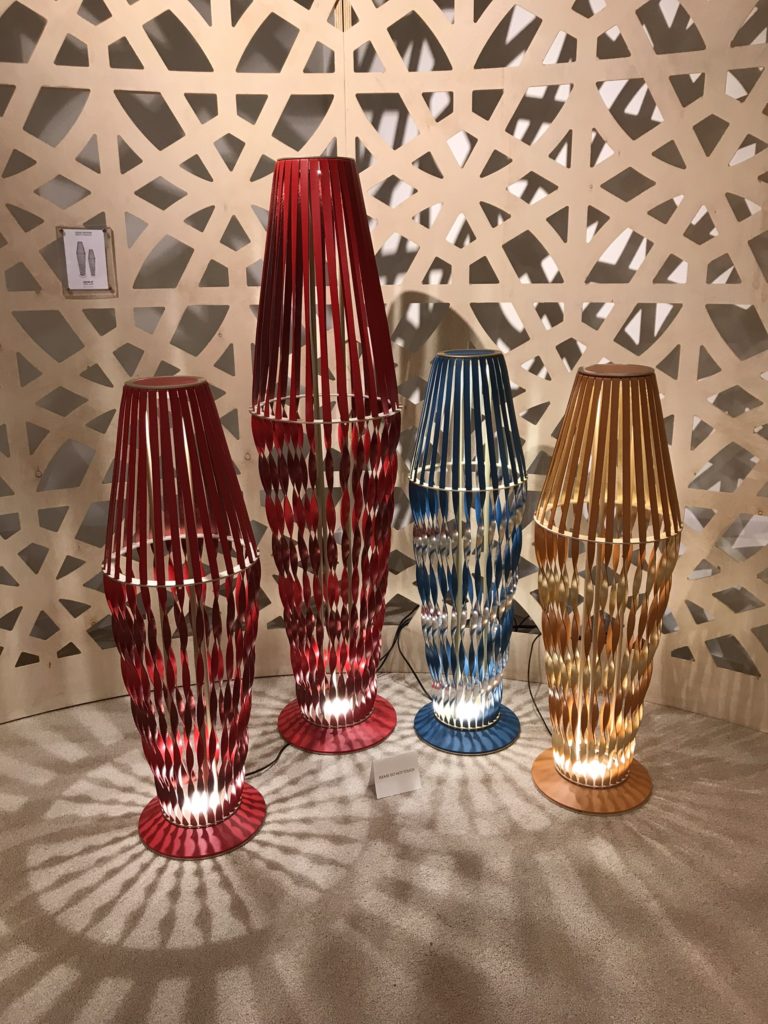 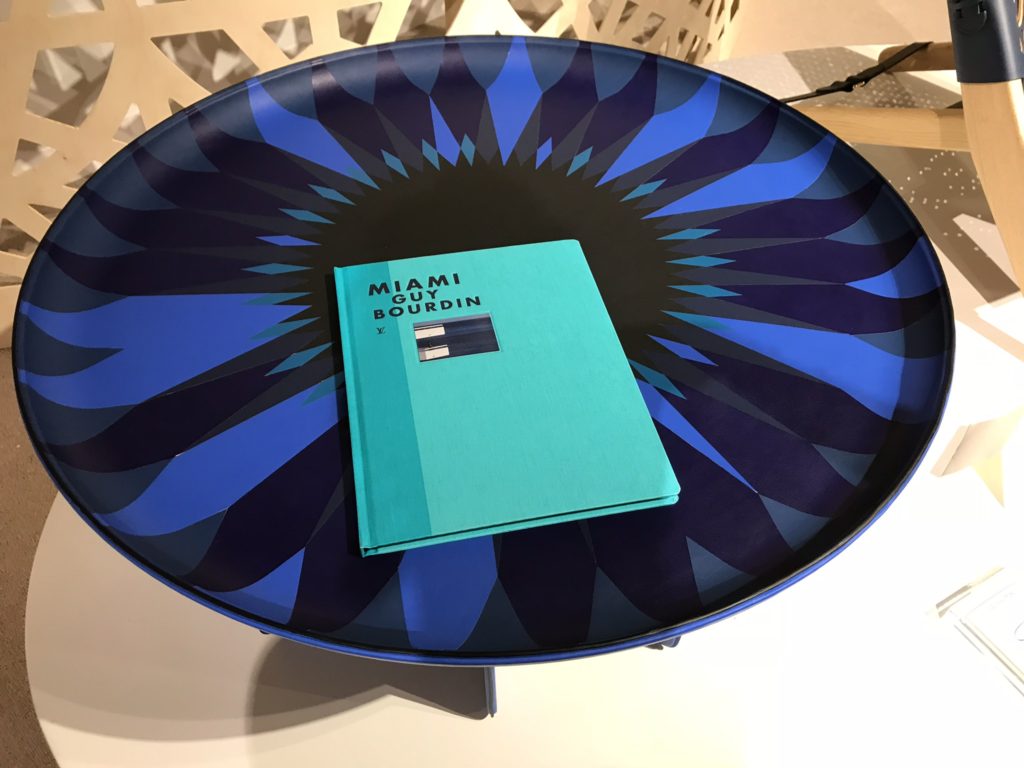 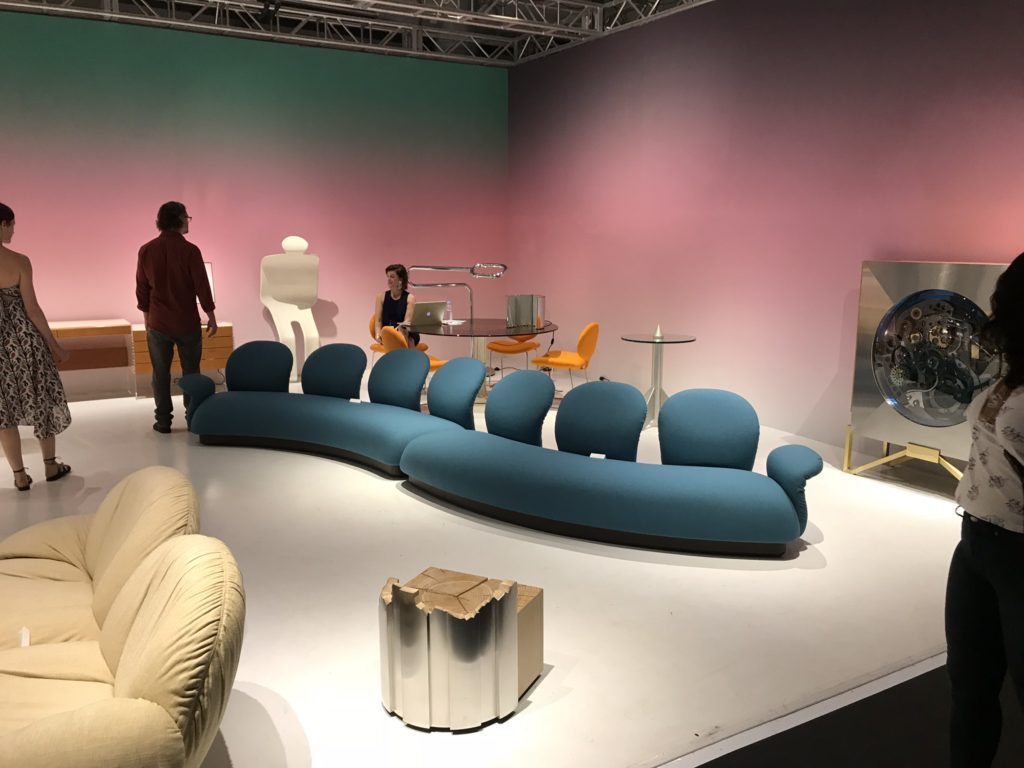 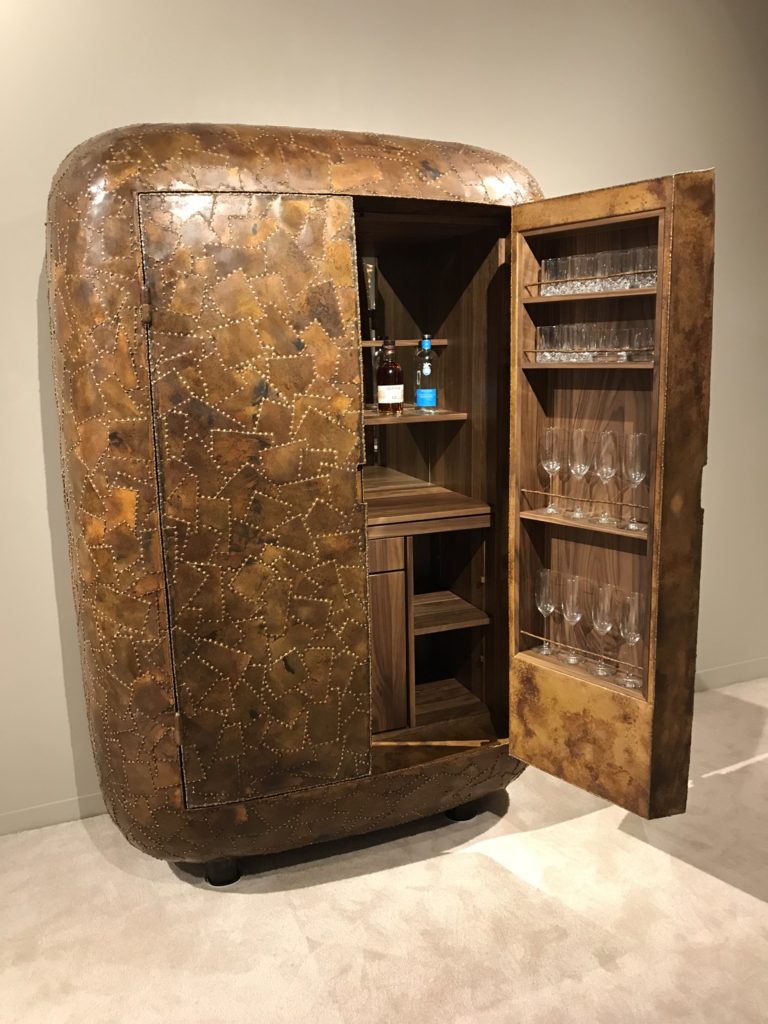 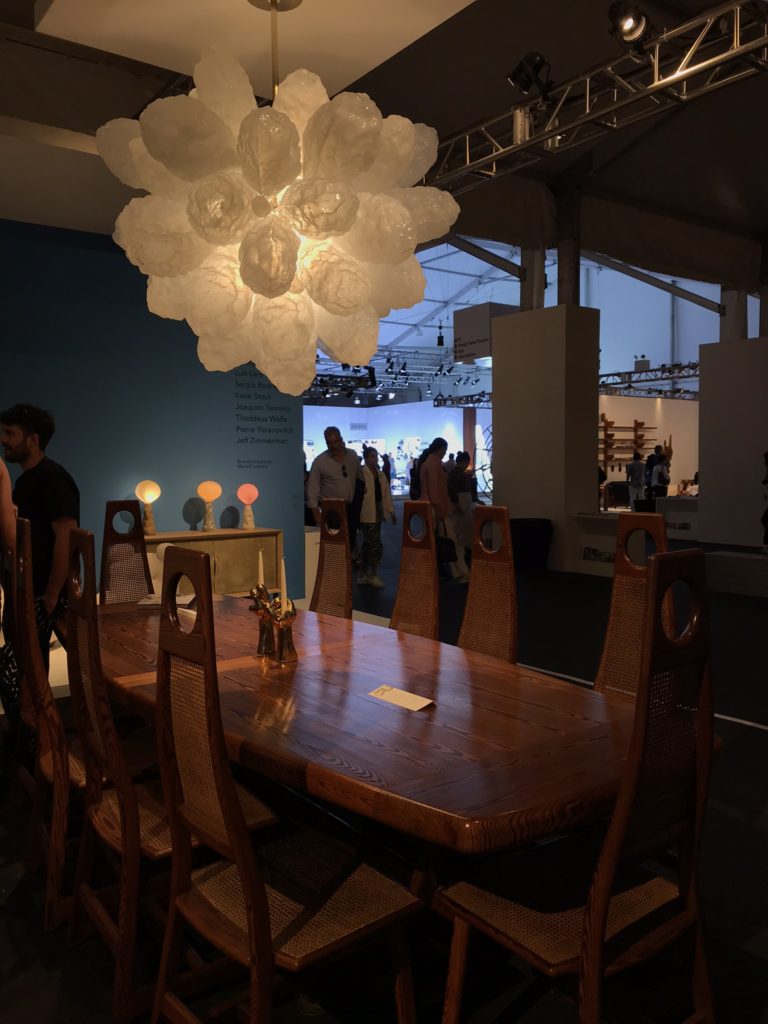 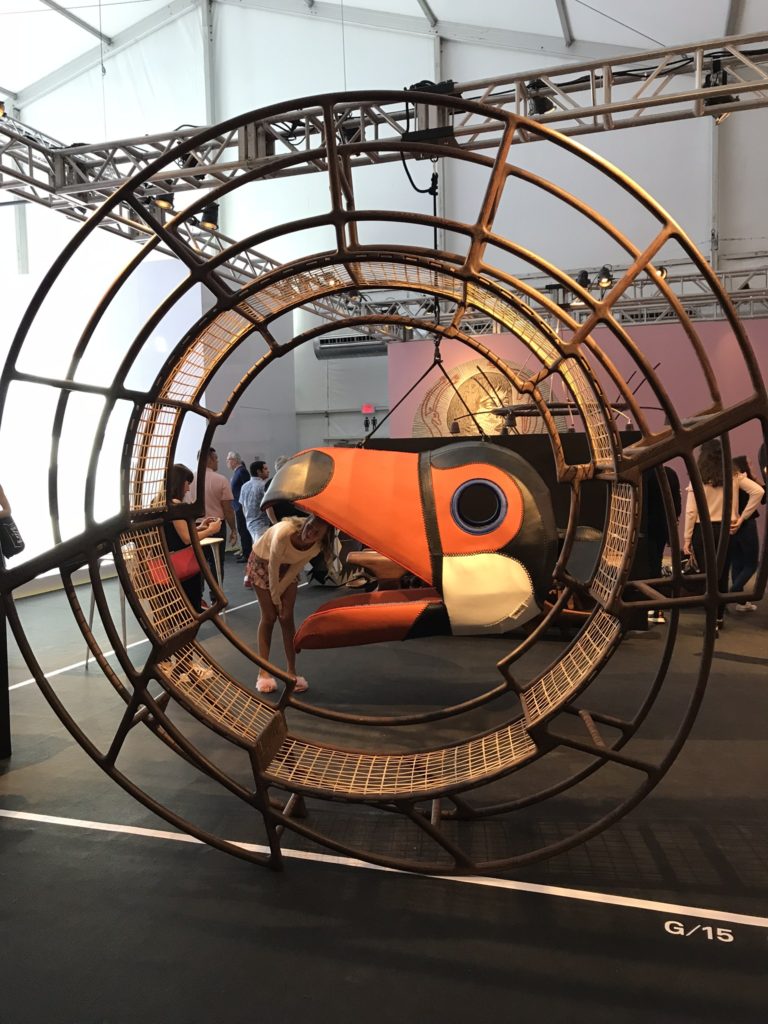 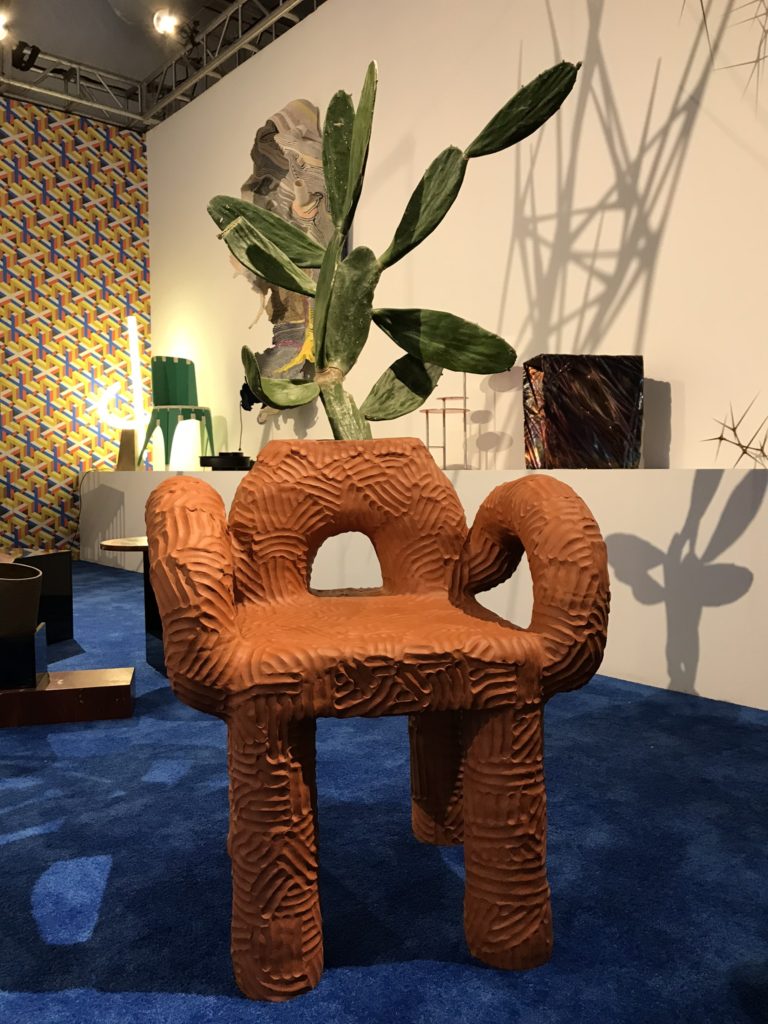 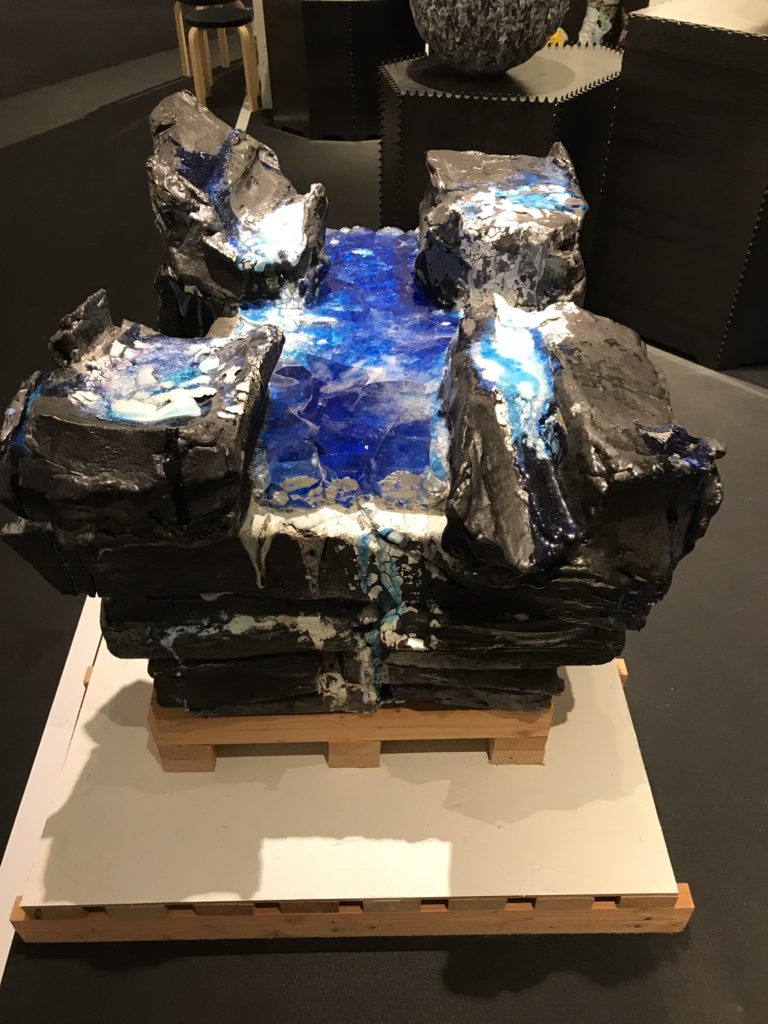 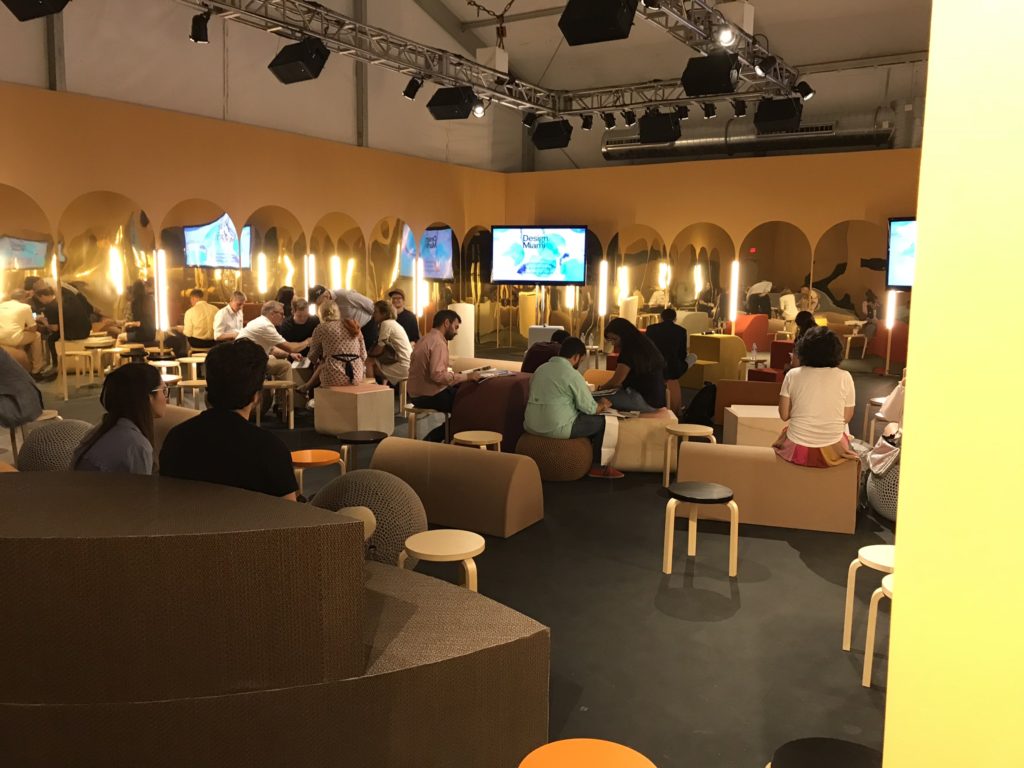 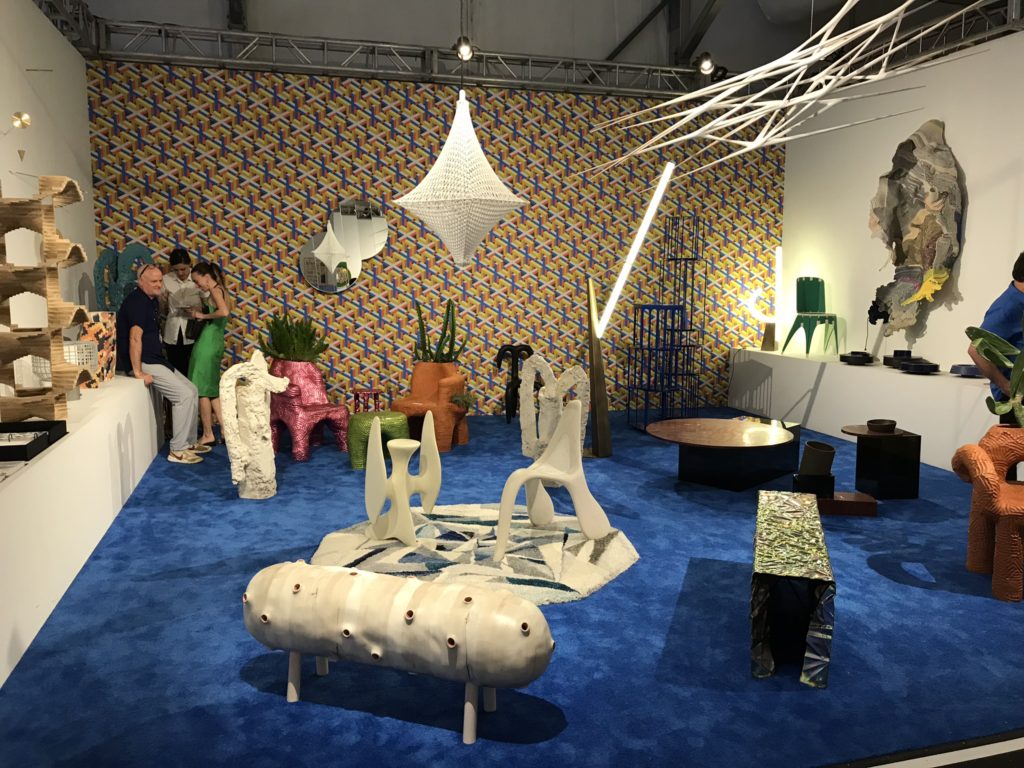 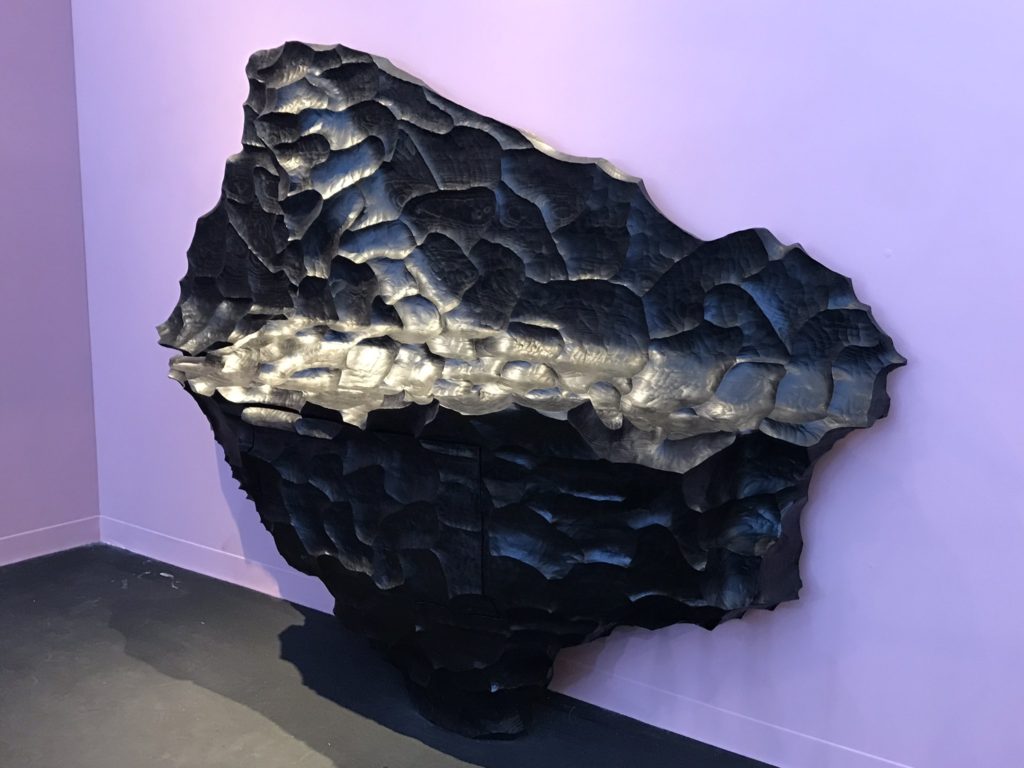 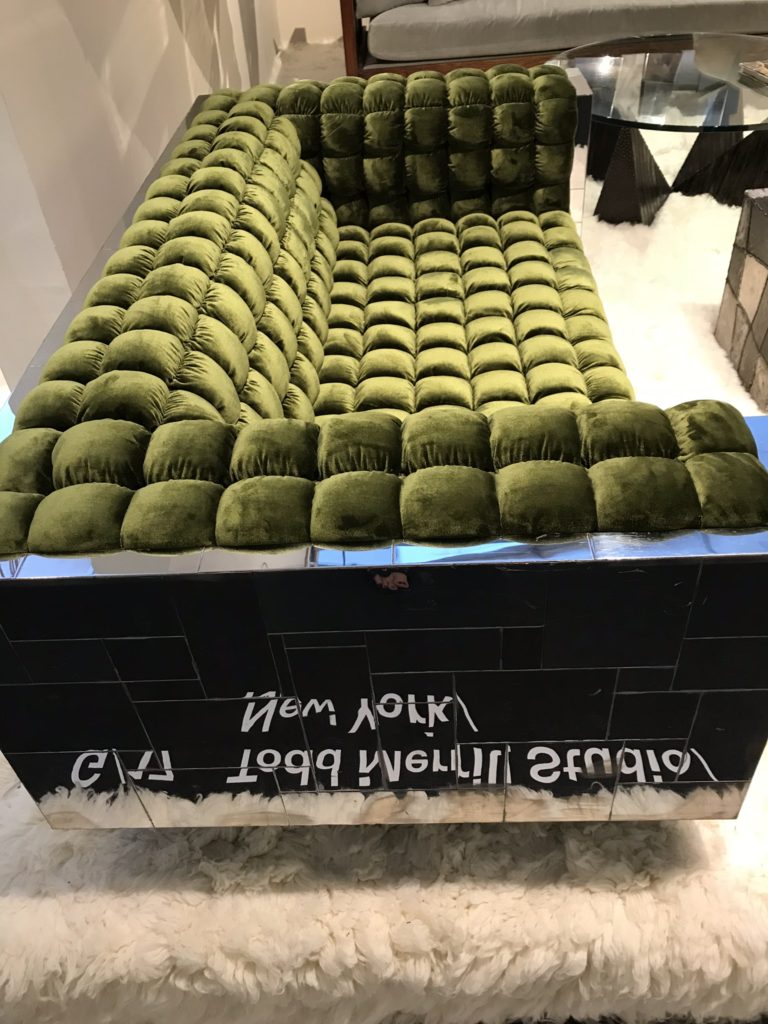 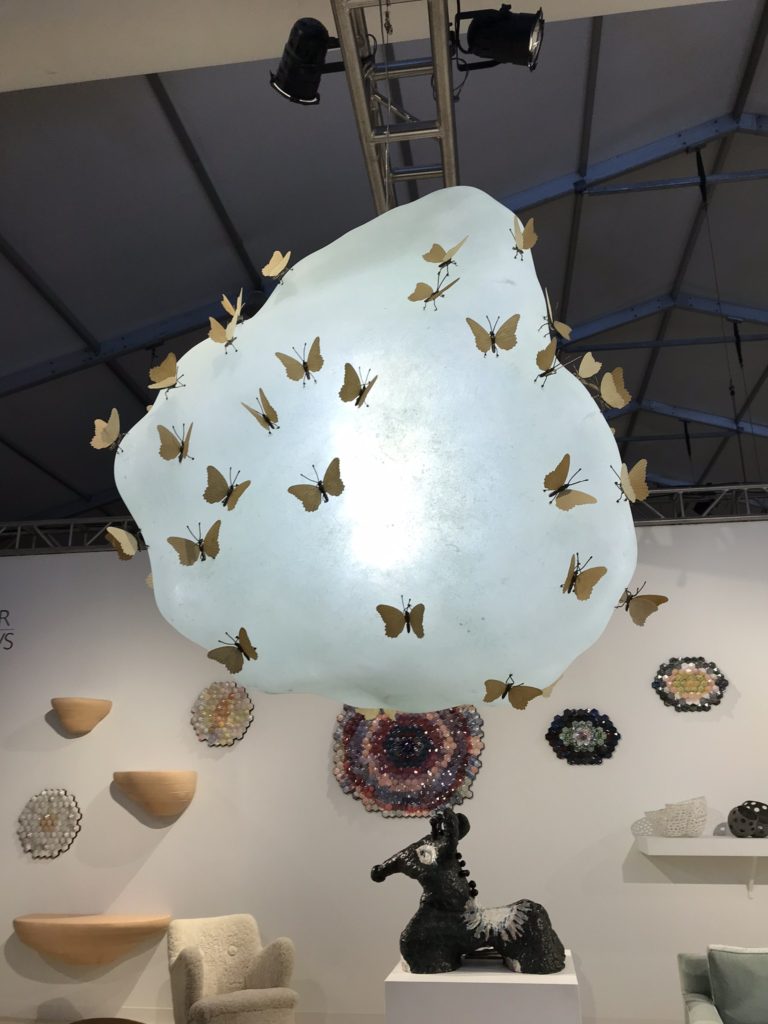