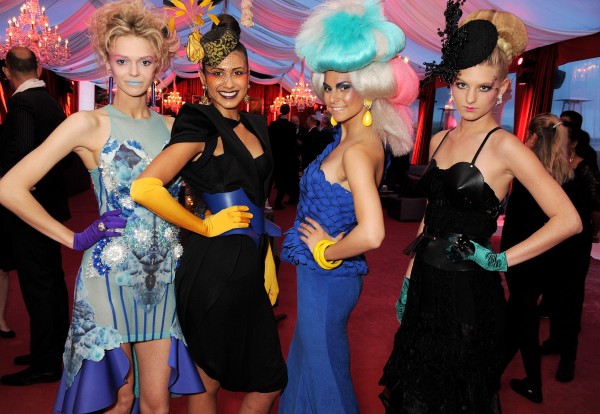 We haven’t loved a themed make up collection this much since Nars x Andy Warhol. That’s right ladies, COVERGIRL has recently inked a deal with THE HUNGER GAMES : CATCHING FIRE film – their first movie partnership ever – to bring us Capitol-inspired colors! Who wouldn’t want to feel like the brave and beautiful Katniss Everdeen? 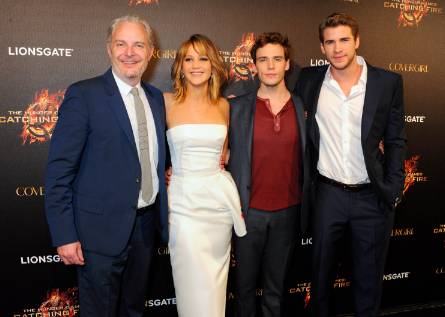 At the Capitol Party at Baoli Beach on Saturday evening sponsored by COVERGIRL during Cannes Film Festival  the film’s stars Jennifer Lawrence, Liam Hemsworth and Sam Claflin, as well as director Francis Lawrence rocked out to DJ Snake while a platoon of models circled the room in “Capital Chic” attire. 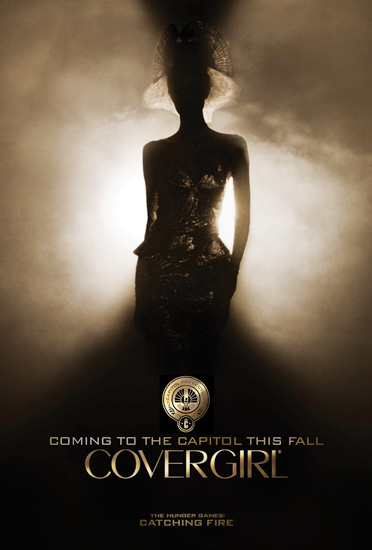 The cool part is that the on-set make up crew of the film used COVERGIRL products to create the “luxurious, high couture looks” seen on JLaw and her cast, and so it was only natural to develop a line for the fans, i.e., us!!!   The collection itself won’t hit drugstores until this Fall, but we hear the ads will be rolling out soon. Until then, be sure to stay tuned and get a sneak peek at the teaser above and let us know what YOU want to see in the COVERGIRL x The Hunger Games: Catching Fire collab!