The LA Art Show was thrilled to announce that international model and actress Kaia Gerber would be the official host of the 2022 Opening Night premiere party, kicking off the Los Angeles 2022 art season. The event was held at the Los Angeles Convention Center on Wednesday, January 19 from 7-11 p.m, and TGIFguide was there to take it all in! 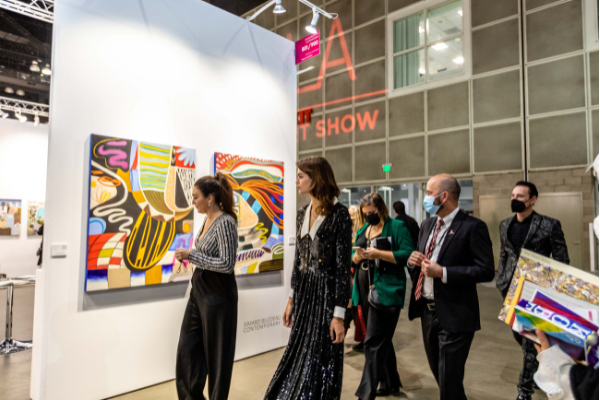 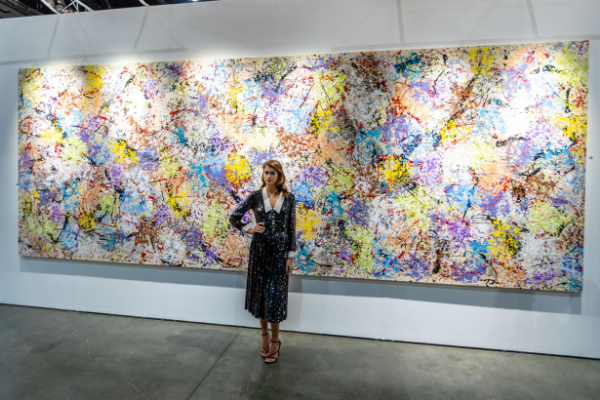 Gerber, known for her love of fashion, art, and culture, was a perfect voice for the next young generation of collectors and a great supporter of St. Jude Children’s Research Hospital ® and the LA Art Show. With a passion for fostering community, whether it be her social media-based book club or lending her platform to others for the sake of education, Gerber was an exciting addition to this year’s LA Art Show. 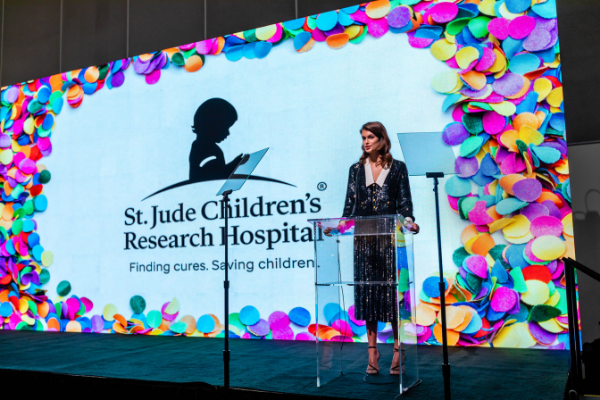 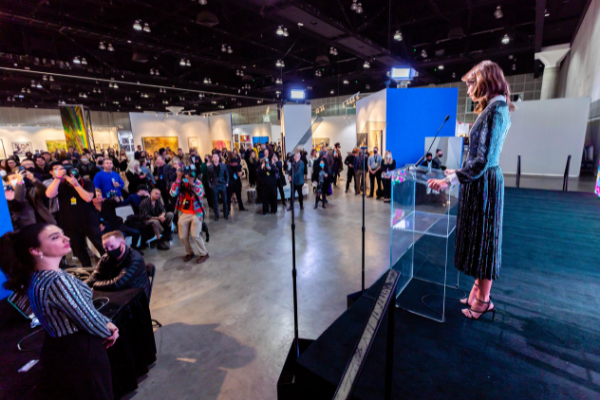 For going on eight years, the LA Art Show has been a strong and unwavering supporter of St. Jude Children’s Research Hospital as it leads the way the world understands, treats and defeats childhood cancer and other life-threatening diseases. In 2022 St. Jude continues to be the beneficiary, with 15% of all ticket proceeds going towards its life-saving mission: Finding cures. Saving children. ® In addition to food, beverages, and art, opening night attendees were given a special sneak peek of the LA Art Show’s exciting new programming. And we must say, it was definitely NEW and EXCITING! 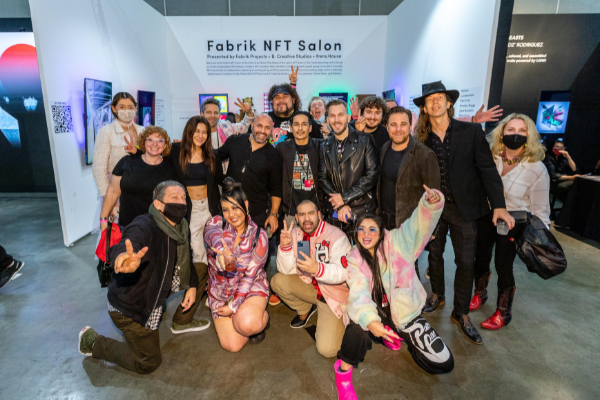 As opening night guests navigated the fair, we discovered some of the latest trends in art, experienced new technology, and participated in discussions about the ecological state of our world.

As the city–and west coast’s–largest art fair, and one of the most diversely programmed in the world, the LA Art Show features a comprehensive lineup of local and international exhibitors ranging from the traditional contemporary and modern art to digital art and more! 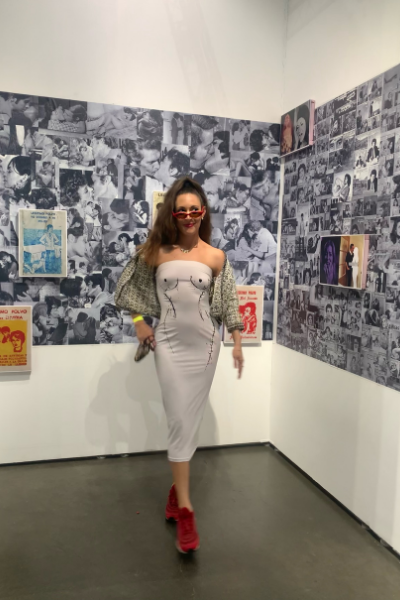 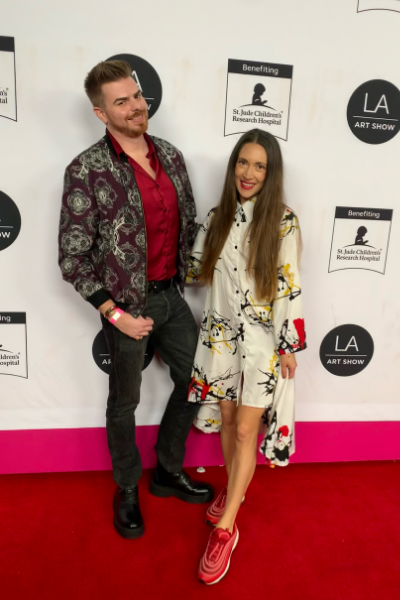 More About Kaia Gerber: Kaia Gerber is a muse to many. She made her debut for the Young Versace ad campaign at the age of ten. Since then, she has worked with the likes of Chanel, Marc Jacobs, Isabel Marant, Loewe, Saint Laurent, Miu Miu, Versace, and countless other luxury brands.

Having graced numerous interntationl and US magazine covers, as well as being honored with the Daily Front Row’s 2017 Breakout Model of the year and the 2018 Model of the Year at the British Fashion Awards, she has established herself in the new generation of fashion icons. Kaia has swiftly made her mark, working with celebrated photographers like Steven Meisel, Inez & Vinoodh, Craig McDean, Mikael Jansson, and David Sims. She has been the face of campaigns for Marc Jacob’s Beauty and the brand’s Daisy fragrance since 2016 and has been a brand ambassador for OMEGA as of 2017. In 2018 Gerber became the face of YSL Beauté and partnered with the late Karl Lagerfeld to create the Kaia x Karl collection which combined Lagerfeld’s iconic Parisian chic with Kaia’s laid-back California style. In addition to modeling, Gerber is also pursuing her passion for acting. She recently appeared in two episodes of Ryan Murphy’s new episodic anthology series “American Horror Stories” and also starred in Season 10 of “American Horror Story: Double Feature.” Kaia also uses her social media platform to share her love of literature with her six million followers on Instagram during her Book Club. Her unique position as a model and social media favorite has ignited an interest in reading for many, a rare commodity during an age polluted by technology. To educate herself and her followers about the goings-on of the world, she lends her platforms to others. Notably, she and her friend Janaya Future Khan, international ambassador for Black Lives Matter, went live on Instagram to discuss white privilege, protesting, and the BLM mission. Kaia splits her time between NYC and LA and is likely to be reading during the commute. 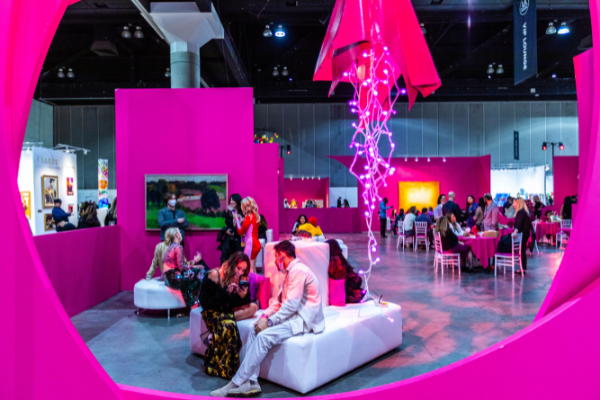 More About the LA Art Show: The LA Art Show creates one of the largest international art fairs in the United States, providing an exciting, immersive, insider art experience to sponsors, their select guests and VIP clients. The show attracts an elite roster of national and international galleries, acclaimed artists, highly regarded curators, architects, design professionals, along with discerning collectors. This innovative, exceptional cultural environment attracts executives and board members of Southern California businesses, state, county, and municipal government representatives, as well as leaders of the region’s cultural institutions. Attendees are trendsetters, influencers and alpha consumers, who seek and demand the newest and the best in all areas of their lives—art, design, food, technology and travel being specific passion points. www.LAArtShow.com