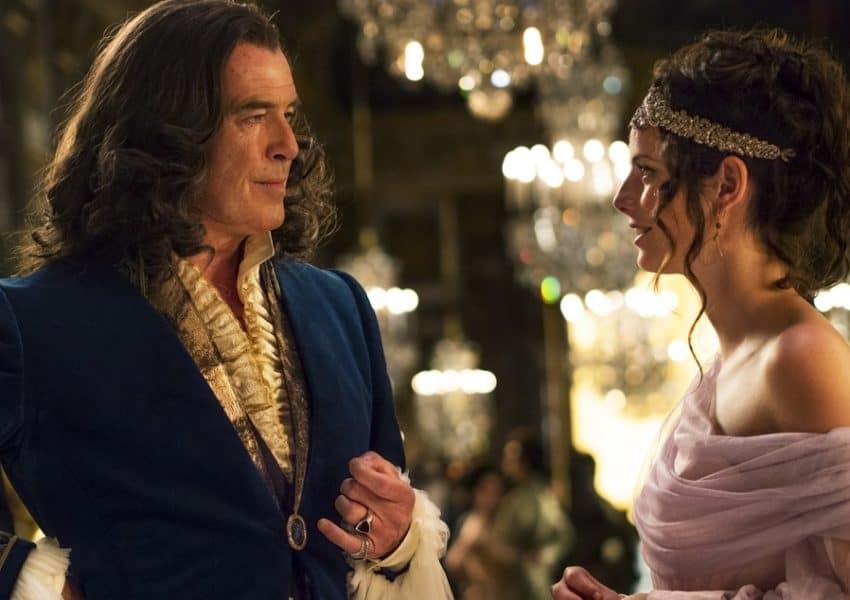 Fans have anticipated the release of the film “The King’s Daughter” directed by Sean McNamara (Soul Surfer, Spare Parts, The Miracle Season) a romantic fantasy set at Versailles featuring Pierce Brosnan and Kaya Scodelario, which debuted in theaters on January 21st, 2022.

Shot at the Palace of Versailles, Sean McNamara’s film is based on Vonda N. McIntyre’s 1997 novel The Moon and the Sun. It focuses on King Louis XIV (Brosnan), whose mission for immortality leads him to capture a mermaid’s (Fan) life force, seeing his immovable will challenged when his long-hidden illegitimate daughter (Scodelario) forms a bond with the magical creature.

Veteran family film producers Sean McNamara and David Brookwell produced for Brookwell McNamara Entertainment, alongside an international group of producers from Australia to America to France. “I’m so excited for the North American audience to see The King’s Daughter in theaters this January,” said McNamara. 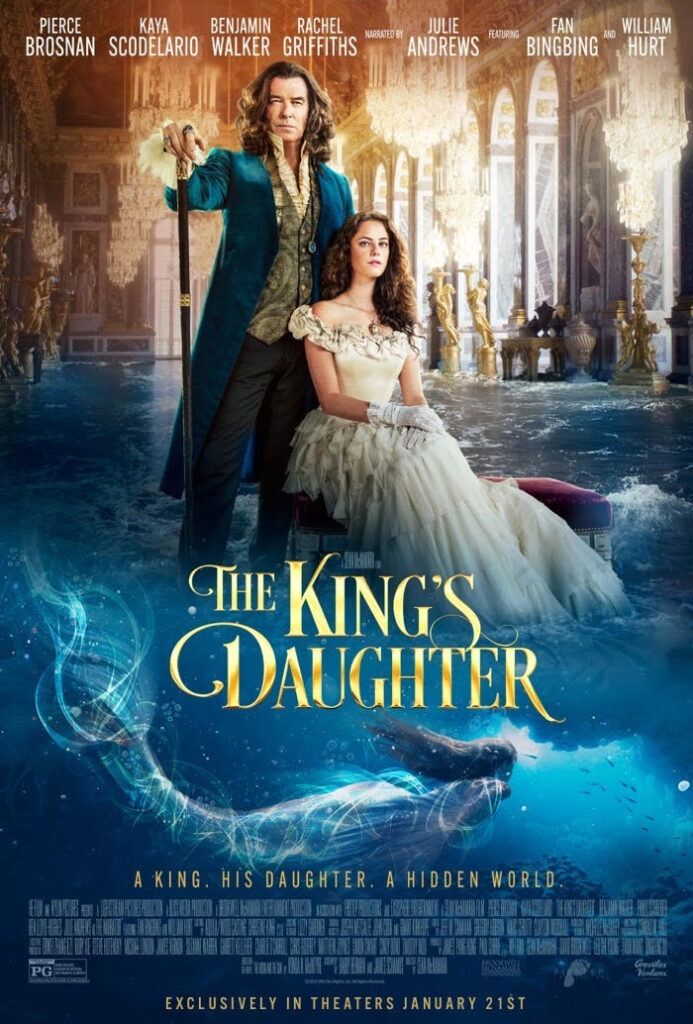 ● Fan Bingbing as the Mermaid

Sean McNamara is an American director, writer, and producer with a focus on family dramas, including the breakout hit feature “Soul Surfer.” Previously, McNamara has helmed the films “Orphan Horse”, with Jon Voight; “The Miracle Season”, starring Erin Moriarty, Danika Yarosh, Helen Hunt, and William Hurt; “Raise Your Voice”, featuring Hilary Duff, “Hoovey”, “Field of Lost Shoes”; “Race To Space”, and “Spare Parts.”McNamara has produced many series and movies, including more than 500 episodes

for Hulu, Netflix, CBS, ABC, Disney Channel, Nickelodeon, and Cartoon Network. McNamara co-created the hit TV series “Beyond the Break” for MTV Networks and was executive producer on Disney Channel’s “Even Stevens” and “That’s So Raven.” McNamara’s work for Disney Channel won him a BAFTA as well as five Emmy Awardnominations. He is a four-time nominee for the Directors Guild of America Awards. Furthermore, he received a prestigious Best Director Imagen Award, for “Spare Parts”,

and won Best Dramatic Feature at the GI Film Festival, for “Field of Lost Shoes.” “Soul Surfer”, “Spare Parts”, and “The Miracle Season” all earned an A+ on Cinemascore, among other accolades.

Follow and find out more about the film here!