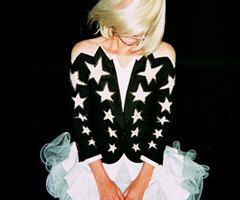 The politics of dressing like a leader can be costly. Whether you’re rooting for the GOP or are marching in your stilettos toward a more democratic view, those Alexander Wang’s and Vivienne Westwood’s sure do start to add up.

Then again, if you compare your inaugural look to the cost of a television ad to bash Gingrich, the dollar signs involved are slightly mediocre. While the Bain Capitals and Goldman Sachs’s pour their millions into petty aspersions instead of working together to make America great, it might not matter who wins or loses, but what was worn to the game- and it’s quite apparent who the inspiring force is among the American fashion industry. 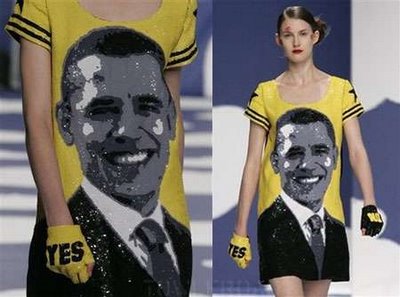 Fashion design alone employs over 15,000 people in this country, and that’s just the design part of it. This doesn’t include the cutting, sewing, textile development, dying, shipping, and the most substantial job supplier of all, retail, which supports 1 in 4 American jobs.

The fashion industry is a driving force in keeping our nation employed, in addition to keeping us inspired. One doesn’t need a fancy pair of Tom Ford glasses to see who the designers of America- and the world- are inspired by either.

Take this look by Jean-Charles de Castelbajac on the catwalks of Paris in 2009. While we haven’t seen such austintatious displays of support yet this election, it’s no news that Vogue EIC Anna Wintour has been one of Obama’s key fundraisers to date. Besides raising over $500K towards his re-election, Wintour put together Runway to Win, a designer campaign (in the truest sense of the word) featuring American names like Marc Jacobs and Alexander Wang, who designed exclusive items to be sold on Obama’s campaign website. This tactic is definitely more stylish and not to mention, more creative, than a lousy derogatory TV ad any day.

Fashion has also tied itself exclusively to the First Lady, who has helped put designers like Jason Wu on the global radar. While the public hasn’t been as style-obessed with a President’s wife since the days of Jackie O, it’s an important factor that Mrs. Obama is responsible for spreading the word about, and increasing the business of, young talent.

If you indeed had to choose between a few millions in corporate cash to throw away on propaganda, or the act of inspiring the country to unite and create together as one, I would definitely choose to wear an Obama dress. How’s that for a Super Pac? 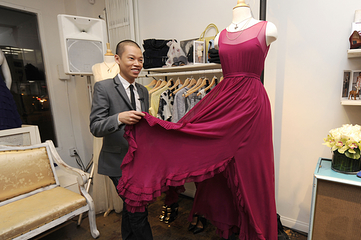