Scatter My Ashes at Bergdorf’s 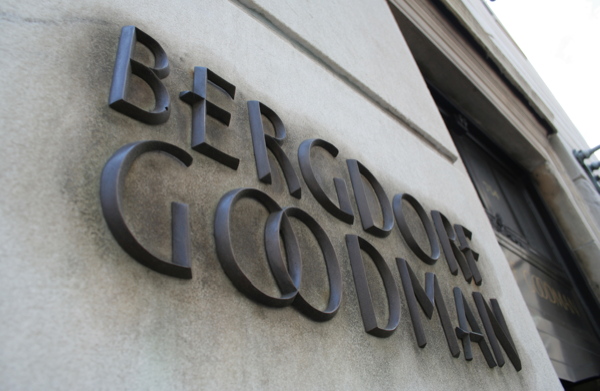 Everyone can dream, and a dream come true is Bergdorf Goodman. LA’s fashionable and fabulous all gathered at the Arclight Cinema in Hollywood on Tuesday night to celebrate that fact, after toasting with Kir Royals at the cinema bar, we heard an opening speech by Fashion Star Johana Hernandez and the film began. 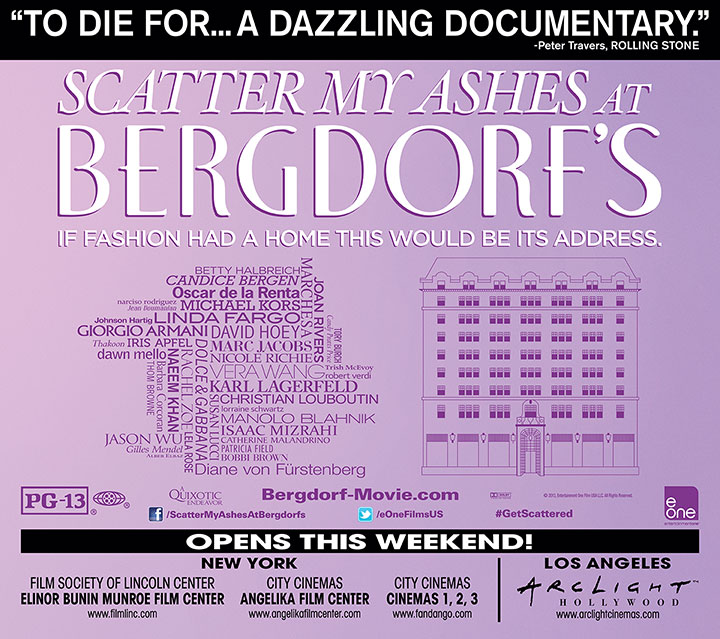 Satorial savants laughed, gasped and nodded as we watched an ever fabulous Linda Fargo evaluate a new collection created by Tommy Hilfiger’s daughter Ally, and not accept it into the store – which really shows the audience just how “perfected” your collection has to be if it will hold a legacy position on the floor of the iconic store. Everyone from Karl Lagerfeld to Christian Louboutin, Marc Jacobs and the Olsen Twins make appearances, all stating their adoration for the store and how they’d basically like to “scatter their ashes” there for eternity. We couldn’t agree more! Here’s a sneak peek at some of the faces you’ll see in the film : 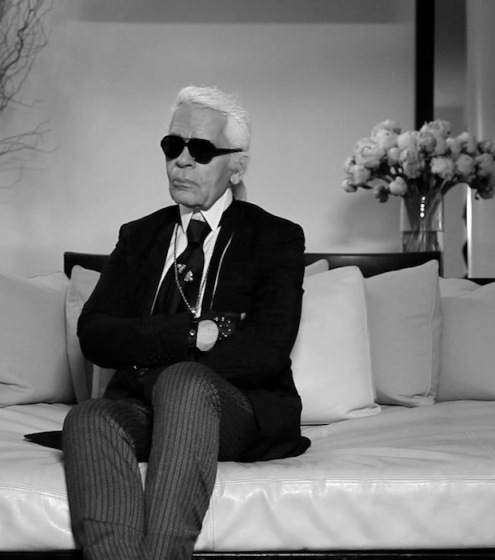 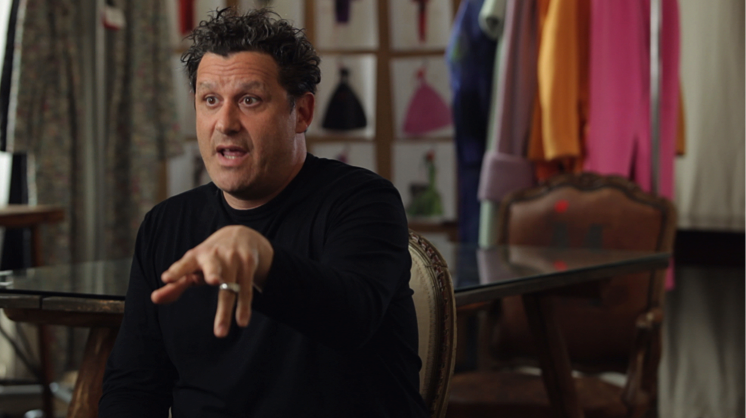 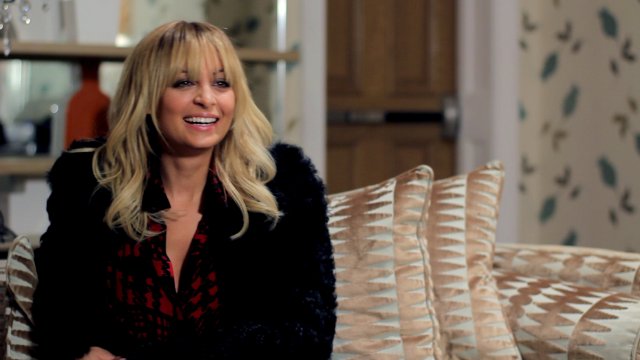 The best part, as usual, were the windows. For the past fourteen years, the wild imagination and artistry dreamed up by Linda Fargo, David Hoey and their talented Visual Team leave passers-by captivated by their wonderlands. The process for creating the displays each year is a mixture of hard work, sculpted talent and wild imagination all rolled into one. Viewers get to follow David and his team as they create the 2012 display : 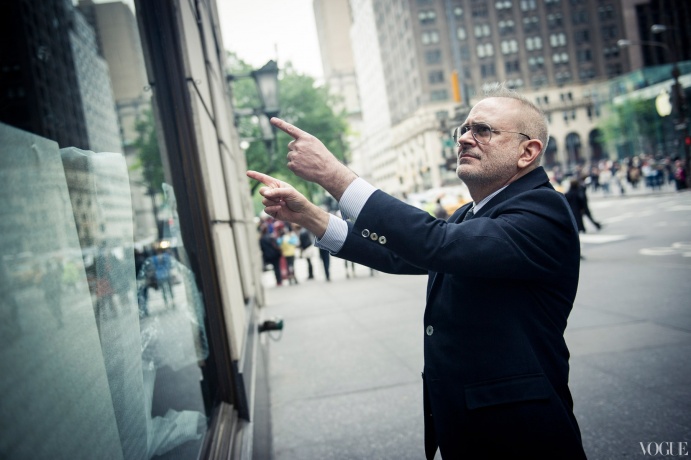 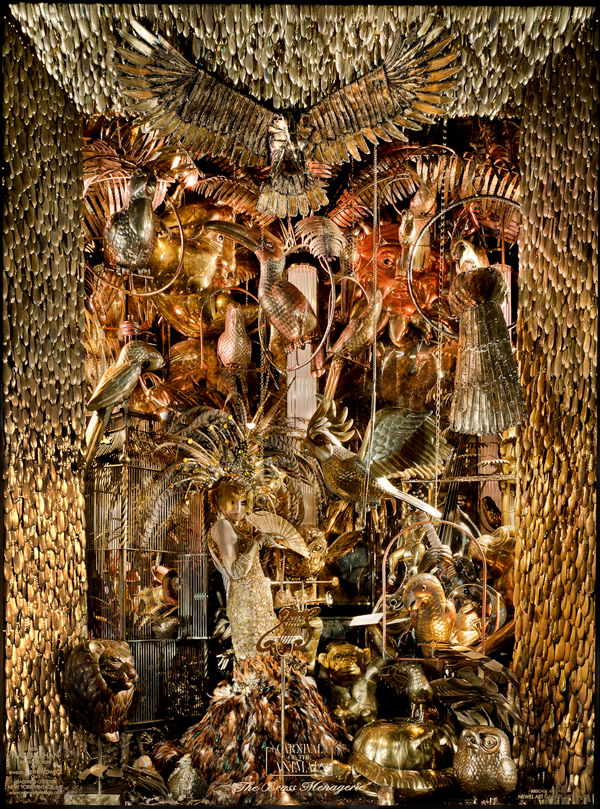 The documentary opens to the public this Friday (May 3rd) exclusively at the ArcLight Hollywood.

To celebrate the opening this weekend, film-watchesrs will walk the glamorous step & repeat along with a red carpet along the way to their seats at the theater. Grab your picture on the carpet and use the hashtag #GetScattered and tag @ArcLightCinemas Twitter handle to enter for your chance to win a $750 gift card for Bergdorf’s in NYC!

Lastly, after the 7:50pm showing this Friday at the ArcLight Hollywood special guest Johnson Hartig with Libertine will be hosting a special Q&A following the showing.

Here’s what I wore! 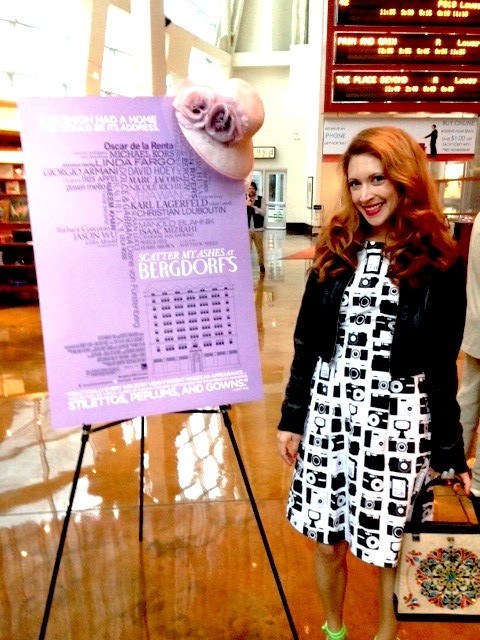 Be sure to visit the Arclight to see this stunning film!