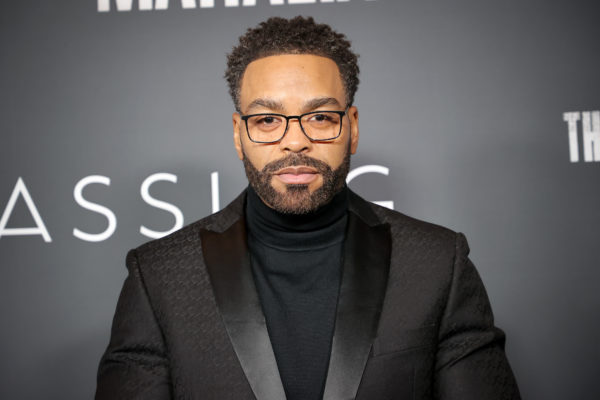 SuperRare, the pioneering marketplace for curated NFT artwork, is pleased to announce the first-ever NFT artwork by three-time Academy Award® nominated composer, producer, artist, and activist J. Ralph, Wu-Tang Clan Legend Method Man and artist Robbie Shilstone. The NFT artwork “Twenty Five Years Later…” features an original song, “93 Bells,” by J. Ralph and Method Man along with original animated artwork by Robbie Shilstone.
The one-of-a-kind artwork commemorates the two iconic musicians’ chance meeting 25 years earlier in the hallway of Def Jam Recordings, when Method Man started rapping over J. Ralph’s beats, blasting from his boombox. It would be decades before the two artists reconnected and finished the song when J. Ralph was scoring the Emmy-nominated documentary Wu-Tang Clan: Of Mics & Men. “Twenty Five Years Later…” drops exclusively on SuperRare on December 21, 2021.
“Finally seeing this journey complete with Method Man’s lyrics and vocals is a life-affirming moment for me as an artist,” said J. Ralph. “Being able to share this experience as one-of-a-kind NFT enables someone else to be part of this awe-inspiring, once-in-a-lifetime journey. That’s how I felt all those years ago — and just how I feel today — collaborating with Shilstone and Method Man on this piece.” 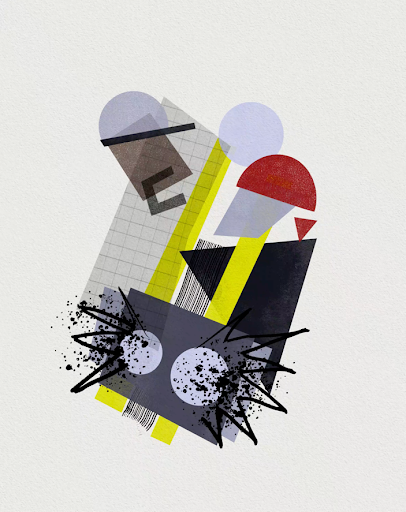 Fusing both fine art and street art, conjuring the sleek abstraction of Kandinsky and Calder and kinetic energy of graffiti and Gershwin, this NFT brings the canvas to life with narrative based, cinematic visuals and original music. “TWENTY FIVE YEARS LATER…” will be the opening salvo of a J. Ralph-created NFT series, titled Faster Than Fire, of works he was able to save before the devastating Woolsey wildfire destroyed all his possessions, archives, studio and home in Malibu, California. It is being released in connection with Harrington Street Collective, whose previous collaborations include the launch of Jerry Garcia’s NFT, “The Gift.”
This year, Shilstone has worked with Disney on a project featuring music from The Roots and is currently wrapping up a project with MoMA for their new exhibit featuring Sophie Taeuber-Arp, a pillar of the early modernist movement.
“I’m thrilled to be collaborating with Method Man, J. Ralph, and SuperRare on this piece,” said Shilstone. “Music has always influenced my work, so it has been an honor to work on such an incredible song. I think the NFT space provides an unprecedented opportunity for artists to take ownership of their work. I can’t think of a better project to throw my hat in the ring with and look forward to sharing more work in the future.”
###
ABOUT J. RALPH
J. Ralph is a three-time Academy Award®-nominated composer, singer/songwriter, producer, and social activist from New York City who focuses on creating awareness and change through music and film. His music has sold more than 10 million records worldwide, reaching the No. 1 spot on the Billboard top 100 charts in over 22 countries and has raised significant money for various charities and causes. His professional career began as a teenager, and he was quickly signed to Atlantic Records by label president Jason Flom in one of the biggest record deals ever granted to a new artist. Following his debut album, J. Ralph has written and produced the music for numerous Grammy Award-winning artists, symphony orchestras, the United Nations, the President of The United States, Barack Obama and more Oscar-winning/nominated documentaries than any other composer in the history of the Academy Awards.
Working across numerous genres and mediums, J. Ralph’s work is included in the permanent collections of the Museum of Modern Art in NYC and the Smithsonian National Museum of American History, who honored the composer, celebrating his “Innovative and unique contributions to American music.” J. Ralph’s notable works include the original score to the four-part documentary series Wu-Tang Clan: Of Mics and Men, for which he also wrote and produced the original end title song “93 Bells” with Wu-Tang Clan founding member Method Man. Over the last decade, he has written and produced the music for eight Oscar-winning/nominated documentaries including Man on Wire, The Cove, Hell and Back Again, Chasing Ice, Finding Vivian Maier, Virunga, Racing Extinction and Jim: The James Foley Story. His work features collaborations with some of the world’s most respected and iconic artists including Sting, Willie Nelson, Wynton Marsalis, Joshua Bell, KRS One, the London Symphony Orchestra, Sia, Norah Jones, Scarlett Johansson, Ladysmith Black Mambazo, Liza Minnelli, Stephen Stills, Youssou Ndour, and Salif Keita, among many others.
ABOUT METHOD MAN
Born Clifford Smith, Method Man is the youngest member of the Wu-Tang Clan and was the first to release a Wu-Tang solo album with Tical. His career went on to become the most successful in the group, while maintaining an underground rep. His career is highlighted by platinum sales and a Grammy for “I’ll Be There for You/You’re All I Need to Get By” with Mary J. Blige. He is recognized by his distinct voice and smooth, yet “grimy” flow. He has also had a significant acting career with many film and television credits to his name, most notably the popular series, The Wire, where he portrayed the character of Cheese Wagstaff, the lieutenant of drug lord Proposition Joe. He also acted in the comedy film How High and the sitcom Method & Red, both co-starring with Redman, with whom he also made an album in 1999 titled Blackout! as well as the 2009 sequel Blackout! 2. Method Man’s friendship with The Notorious B.I.G. is credited for preventing more heat between Biggie, Raekwon and Ghostface.
ABOUT SHILSTONE ARTS
Robbie Shilstone is a New York-born, Los Angeles-based animator. His background in design and propensity to experiment has led him to develop a distinctive animation style. He draws from modernism, abstraction, minimalism, collage, and music to inform his work and bring a new perspective to the medium of animation.
ABOUT SUPERRARE
Founded in 2018, SuperRare is a pioneering, curated marketplace for high quality NFT artworks, built on the Ethereum blockchain. Nearly $200M worth of NFT-based artworks, also known as ‘CryptoArt’, have been bought and sold on the platform, with artists earning revenue on both original sales and resales. A destination for digital discovery and with the unique proposal of only single editions, SuperRare was created with the goal of empowering the next generation of artists through technology and has facilitated artists and collectors around the world to sell and purchase digital artwork.
SuperRare recently launched the new $RARE curation token, converting the SuperRare NFT marketplace into a community governed network of galleries, decided on by community vote. To learn more visit: superrare.com/rare
Discover more at superrare.com